A young boy witnesses a woman's murder committed by a shadowy stranger. 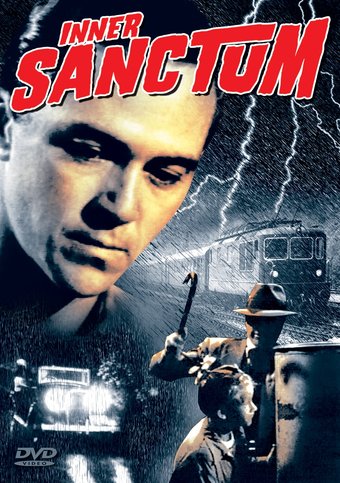 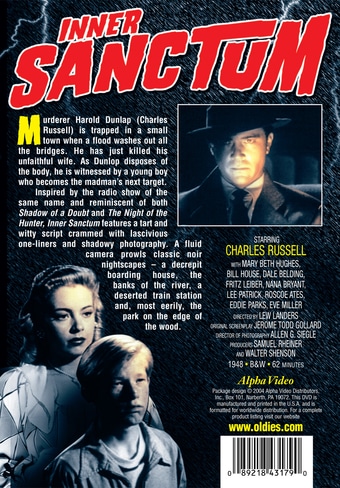 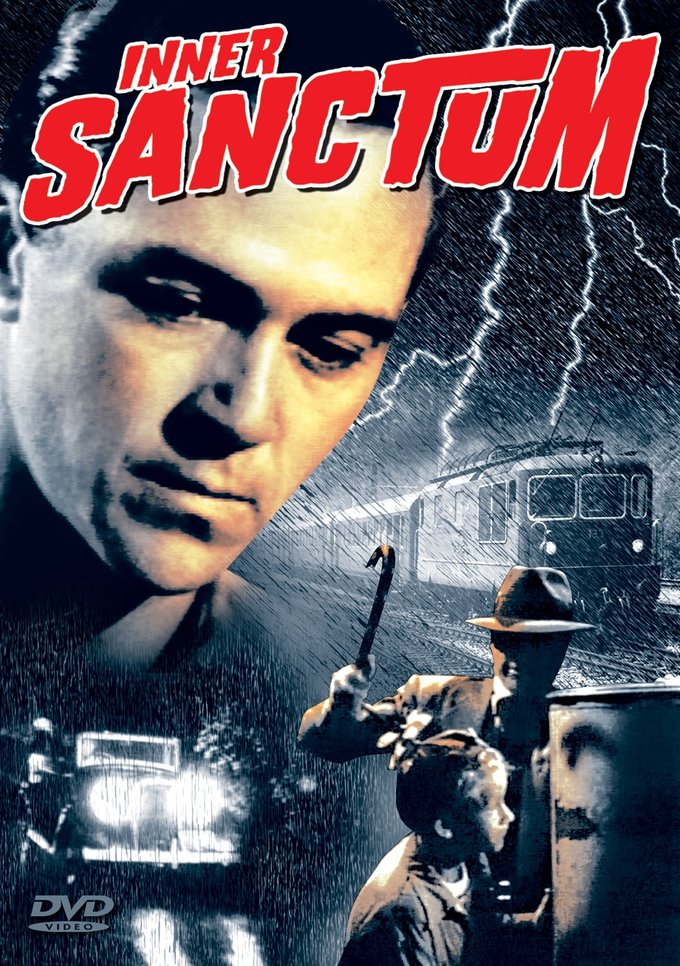 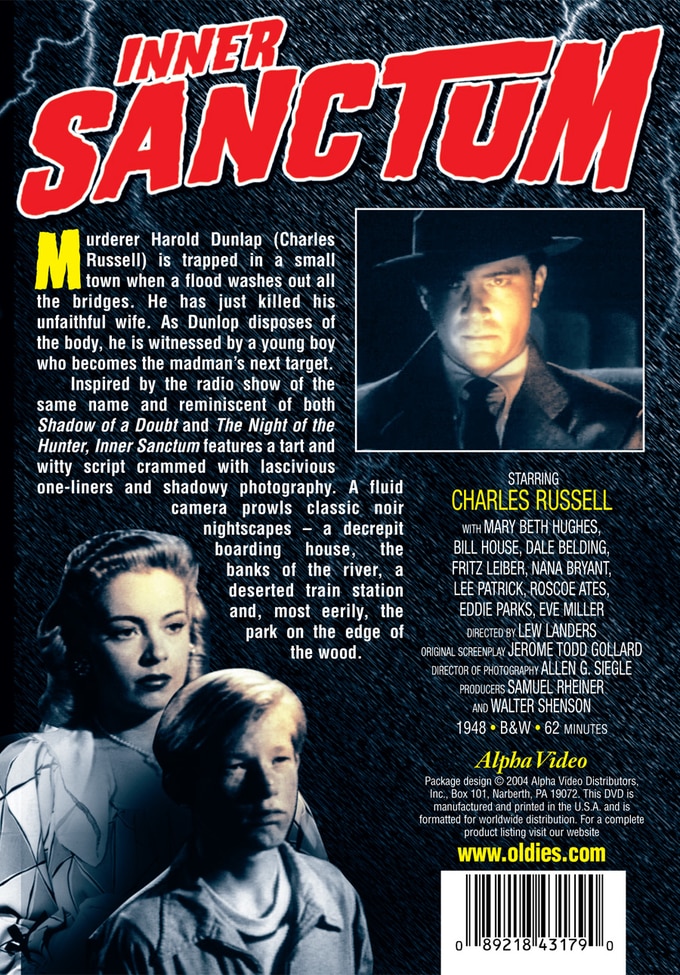 Murderer Harold Dunlap (Charles Russell) is trapped in a small town when a flood washes out all the bridges. He has just killed his unfaithful wife. As Dunlop disposes of the body, he is witnessed by a young boy who becomes the madman's next target.

Inspired by the radio show of the same name and reminiscent of both Shadow of a Doubt and The Night of the Hunter, Inner Sanctum features a tart and witty script crammed with lascivious one-liners and shadowy photography. A fluid camera prowls classic noir nightscapes - a decrepit boarding house, the banks of the river, a deserted train station and, most eerily, the park on the edge of the wood.

A thriller based on the old radio show, in which a fortune teller forsees danger for a young girl.

Mystery | Occult | Suspense | Thriller | Vintage | Theatrical Release
This product is made-on-demand by the manufacturer using DVD-R recordable media. Almost all DVD players can play DVD-Rs (except for some older models made before 2000) - please consult your owner's manual for formats compatible with your player. These DVD-Rs may not play on all computers or DVD player/recorders. To address this, the manufacturer recommends viewing this product on a DVD player that does not have recording capability.

Customer Rating:
Based on 1213 ratings.

Inspired by the radio horror program Movie Lover: Martin Grams from Pennsylvania -- May, 13, 2005


INNER SANCTUM was advertised - in part - as a big-screen adaptation of the radio program, without actually saying it was. Simon & Schuster owned the trademark to the name "Inner Sanctum" and the radio program was "borrowing" the use of the IS name under the condition that they pitch a mystery novel every week on the show. So produced Samuel Rheiner and Walter Shenson, wanting to cash in quick on the radio program, got permission from Simon & Schuster to use the name "Inner Sanctum," and skipped the radio program's trademark creaking door (which was copyrighted) and optioned for this low-budget murder mystery. Actually, it is a little more unusual than the standard murder mystery of the time. It was released by Film Classics, Inc., throug MRS Pictures, Inc. For years a 52 minute print missing part of the first reel was floating about and some vendors were selling a VHS copy of this shorter print for $20.00! Thankfully, Alpha is now offering this movie for $5.95 and on DVD. And Alpha's print is the complete 62 minute version so don't delay and grab this today!