Get email alerts for Swamp Dogg
Currently Out of Stock: We'll get more as soon as possible
Notify Me When Available
Add to Wishlist
Format:  CD
sku:  6QW4H
Related products:
Van Morrison: Three Chords & the Truth for $15.40
Terry Allen: Just Like Moby Dick for $14.50
Neil Young / Crazy Horse: Colorado for $21.98
92% recommend us! 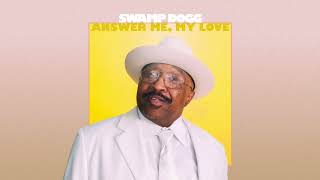 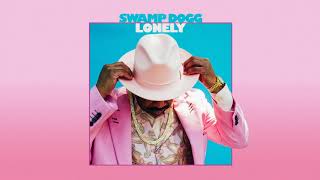 Rolling Stone
3.5 stars out of 5 -- "Even when his voice is coated in effects, it remains idiosyncratic, quirkily adenoidal."

Saying that a Swamp Dogg album is kind of weird is a bit like saying there was a Tuesday last week; given Jerry Williams, Jr.'s frequently bent take on the conventions of Southern soul, you expect the Dogg to deliver something eccentric. But 2018's Love, Loss, and Auto-Tune is weird in a way even his fans won't expect. Since Williams debuted the Swamp Dogg persona with 1970's Total Destruction to Your Mind, his music has been steeped in vintage Southern soul and funk, with Williams pouring his philosophizing about love, sex, and society at large over the top. But with Love, Loss, and Auto-Tune, Swamp Dogg takes a very deep dive into the electronic side of contemporary pop, hip-hop, and R&B, and he predictably pushes it to the wall. While several producers worked on the album, Williams' key collaborator for these recordings was Ryan Olson, the musician and producer who led the group Gayngs and has won acclaim for his studio work with Poli‡a, and together they've twisted this music into something startlingly chaotic. As the title suggests, Williams' vocals have been filtered through aggressive vocal processing (coordinated by Justin Vernon of Bon Iver, of all people) that makes T-Pain sound subtle by comparison, while the music is largely built from samples and synthesizers, making the Dogg sound like he's wailing in a strange and forbidding digital landscape. In the album's press materials, Williams cites Kanye West's 808s & Heartbreak as an inspiration, but the final product more clearly recalls West's Yeezus, purposefully disorienting in the layers of ominous noise and feedback in "Sex with Your Ex," the ghostly sirens and bursts of horn samples in "I Love Me More," and the vocals and saxophones echoing through the percussive canyons of "She's All Mind All Mind." In these contexts, Swamp Dogg's lyrics, whether he's singing about the economic underclass ("$$$ Huntin'"), heartache ("I'll Pretend"), or good old-fashioned lust ("I'm Comin' with Lovin' on My Mind"), stand out in sharp relief, especially as his vocals display his usual gusto beneath the distortion. Sometimes it's hard to tell if Love, Loss, and Auto-Tune is meant to be some sort of parody of current R&B production techniques, or a conscious effort to upturn Swamp Dogg's music and send it someplace no one would expect to find it. Either way, it's obvious that Swamp Dogg still knows how to write a song, and even at the age of 76, he's still vital, passionate, and eager to throw a curveball at the expectations of anyone and everyone. Talk about Total Destruction to Your Mind. ~ Mark Deming