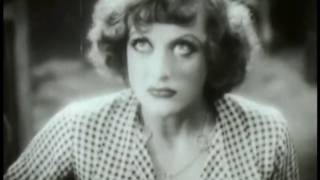 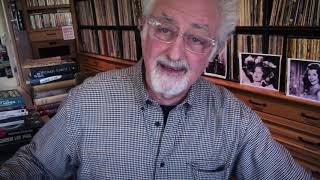 On the South Pacific island of Pago Pago, Sadie Thompson (Joan Crawford) is a tough-talking plaything for American G.I.s. Missionary Alfred Davidson (Walter Huston) frowns upon her provocative flaunting. He warns her to repent or risk being deported to San Francisco where Sadie will face her dark past. Terrified and overwhelmed by his charisma, she is seduced into redemption and reborn, but in a shocking twist learns that temptation is hard to resist. The legendary director Lewis Milestone (All Quiet On The Western Front) uses an endless rain storm as a metaphor for Sadie's moral purification in this social commentary on the hypocrisy and sexual mores of the day. A young and beautiful Crawford, on loan from MGM, turns in a commanding performance alongside the stoic righteousness of Huston's Davidson in this cult favorite.

Joan Crawford, starring as prostitute Sadie Thompson in this adaptation of the Maugham story, is a magnet for all the men on the exotic island of Pago Pago, but fundamentalist preacher Rev. Alfred Davidson (Walter Huston) wants her to see the error of her ways and repent. When, at long last, she begins to come around to his way of thinking, Davidson himself begins to fall for her when the two become stranded together during a fierce tropical storm.

RAIN is the second film version of Somerset Maugham's oft-filmed story, "Miss Thompson," a shocking tale by period standards and a melodrama well-served by director Lewis Milestone's expressionistic style. The film stars the young Joan Crawford as Sadie Thompson, a San Francisco prostitute hoping to start a new life in the South Seas. While on the island of Pago Pago, she becomes involved with a group of soldiers, and falls in love with one of them, Sgt. Tim O'Hara (William Gargan). This puts her at odds with Rev. Alfred Davidson (Walter Huston), a hellfire and brimstone religious reformer, who has already converted the native people to Christianity, and who intends to protect the purity of the soldiers. The minister has O'Hara confined to quarters and threatens Sadie with deportation, having learned that she was indicted for a crime, although unaware she was framed. Davidson becomes strangely obssessed with reforming the prostitute, and harangues her relentlessly about renouncing her evil ways, until Sadie gradually is filled with the spirit of repentance. But for the minister, the power of beauty trumps the power of the Lord, with surprising consequences. Beautiful yet unusual camera work by Oliver Marsh adds to the film's unique character.

The Night of the Iguana
$17.30 Super Savings
Add to Cart

Customer Rating:
Based on 3712 ratings.


Solid Lewis Milestone direction, excellent Somerset Maugham material, and other than the difficulty of understanding why Joan Crawford accepts the epiphany from John Huston (not an insignificant hole), which drags the movie down under some over-acting for a dozen minutes or so, the movie is great, this could be one of the best of the classic Alpha DVDs.


Somerset Maugham's fascinating story and play, first filmed as a silent in 1928 as Miss Sadie Thompson with Gloria Swanson and again around 1953 with Rita Hayworth, truly is best caught in its proper atmosphere in this 1932 version - the continuous dreary drumming of the rain competing with that of the Pago-Pago natives; the outrageously smug, cruelly disdainful and priggish self-rightenous of Mrs. Davidson and her husband the Reverend, a lewd and hypocritical old satyr who loses all self-control when he "reforms" the fallen woman Sadie; and best of all, under the heavily tawdry makeup and hard-boiled talk, the sublme acting of "radiant, beautiful" Joan Crawford, who really was pretty before she became a grotesque, beetle-browed, garishly lipsticked caricature of herself in the 1940's. Prior to her living-legend Warner Brothers' days, Crawford really had to prove herself and did by her fine acting - in this picture especially she emotes without histrionics and puts across the tough but likeable dame Sadie - she seems best suited in the roles of rough characters and working girls in her early talkies, and Rain stands out as one of her best. A worthy story which does withstand the test of time despite the movie itself being a dated emblem of missionaries hoping to reform "godless savages" on remote South Sea islands, including any fallen woman who happens to stumble into their path - it's more than historical curio, it's a compelling tale and true Maugham genius in pointing out human frailities and hypocrisies.
This DVD is an EXCELLENT print, so vastly improved on the version we taped off of a local PBS film-fest - it was a pleasure to finally "really see" this movie.


Joan Crawford gets all the accolades for this film, but I think she comes up a little short. Sometimes she doesn't seem comfortable with Sadie's rough dialogue, and her brittle delivery doesn't always ring true.

For me, the real standout performance is Walter Huston as Alfred Davidson. He goes through a more traumatic change than Sadie does, in that he pays for it with his death. The scene toward the end where Davidson gives in to his baser nature, before he goes into Sadie's room, is a great example of Huston's skill. You can see every emotion playing on his face, and it's frightening to watch -- a real Jekyll & Hyde moment.

Incidentally, in the context of the film, Davidson's character is not described as a "reverend" or a "missionary." The censors wouldn't let those words in the script. (Note that Joe Horn describes him as a "reformer.")

Print quality is excellent, despite the fact that some sequences, noticeably lighter in contrast, seem to have come from a different source. But it's the best quality I've seen anywhere -- I even compared it to a print I taped off AMC five years ago, and the Alpha DVD is superior. Definitely one for your film library!


Out of the three versions of this tale that have been filmed, this version in my opinion, is the best and Joan Crawford is the most satisfying Sadie Thompson. Film is definitly an early sound classic that has an interesting antique look and feel to it. Worth seeing!