The husband, the wife… or the bandit? 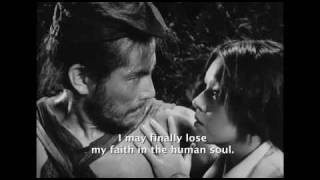 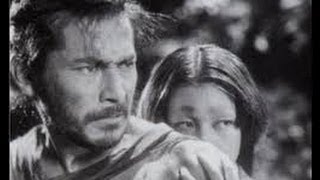 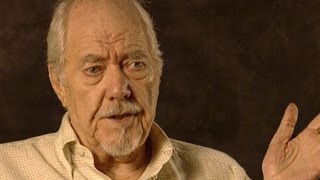 Akira Kurosawa's highly acclaimed film, set in feudal Japan, presents an intriguing tale of violent crime in the woods, told from the perspective of four different characters--a bandit (Toshirô Mifune), a woman (Machiko Kyô), her husband (Masayuki Mori), and a woodcutter (Takashi Shimura). Only two things about the incident seem to be clear--the woman was raped and her husband is now dead. However, the other elements radically differ as the four participants and/or witnesses relate their own stories (with the dead man, eerily enough, speaking through a medium). As each account is revealed, what seemed black and white turns to various hues of gray, leading to surprising--and confounding--relevations.

A landmark of international cinema, RASHOMON won the prestigious Golden Lion at the Venice Film Festival in 1951, bringing both Kurosawa--and Japanese film in general--to the attention of Western audiences. From the rain-soaked opening sequence to its moving conclusion, the film is a stunning examination of truth and human nature. The entire cast is pitch-perfect, with regular Kurosawa lead actors Mifune and Shimura giving typically outstanding performances. While critics and cinephiles debate over exactly how many masterpieces Kurosawa directed, RASHOMON stands as one of the revered filmmaker's indisputably brilliant motion pictures. In fact, the film's influence is so pervasive that it has inspired everything from a high profile Hollywood remake (THE OUTRAGE starring Paul Newman) to numerous tributes in movies such as COURAGE UNDER FIRE and THE USUAL SUSPECTS.