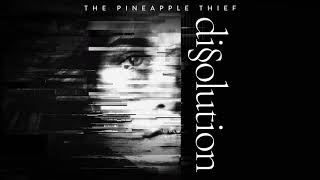 The Pineapple Thief - Far Below (from Dissolution) (Music Video)

Over the course of 11 previous albums, The Pineapple Thief have established a body of work that straddles the line between stirring, accessible indie rock and musically adventurous prog. Led by chief songwriter/guitarist/frontman Bruce Soord, TPT almost always work conceptually, framing albums in thematically linked compositions that never fall prey to excess or reckless self-indulgence. Dissolution is the second TPT album to feature King Crimson/ex-Porcupine Tree drummer Gavin Harrison in a rhythm section that also includes bassist Jon Sykes and keyboardist Steve Kitch. While 2016's Your Wilderness proved a commercial breakthrough thanks to a rigorous touring acumen, here Soord and company shift gears. Harrison -- who scripts and arranges all three drummers' parts for King Crimson -- is now a songwriting and mixing partner. In addition, the bandmembers recorded their individual parts separately in four different locations, staying in touch by phone and file-sharing. Dissolution doesn't sound isolated, however; in fact, it may be the most organic-sounding studio offering in TPT's history. As hinted at by its title, this set isn't exactly cheery: it's a meditation about the dark side of social media and hyper-technology; it explores the ways in which they contribute to isolation, alienation, and the disintegration of relationships in the undoing of society's social fabric.
While TPT's propulsive rock attack is rightfully celebrated, more often than not their pensive dimension often yields as much of a payoff -- … la Pink Floyd's Animals. Opener "Not Naming Any Names" is sparse and somber; at only two minutes, it initially feels like a subdued intro. Yet those vulnerable piano chords underscore the true punch in Soord's argument, providing an emotional force that comes pouring out of the martial snares and hyperkinetic strummed acoustic guitars in the initial moments of "Try as I Might" before the band asserts itself with urgency in verse complete with spiny breakbeats and a thrumming bassline. The progression in "Threatening War" moves from tense, indie acoustic ballad to prog rock bombast with maximum impact. The interplay between Harrison and Sykes is canny as they syncopate and complement one another, creating a solid foundation for synths, Mellotrons, and Soord's soaring electric guitars. These can be directly contrasted with "Uncovering Your Tracks," a haunted number that references electric blues, and "All That You've Got," an upbeat rocker with a transcendent refrain, chugging metallic guitars, and squalling synths above Harrison's rolling thunder. The 11-minute "White Mist" is a prog lover's dream in its suite-like architecture. Led by Harrison's assertive syncopation and rumbling rockist attack, Soord's searing, jagged guitar breaks are enfolded in layers of synth and droning bass as his vocals unhurriedly explore the emotion his lyric seems afraid to lose. Closer "Shed a Light" commences softly with only Soord's voice and acoustic guitar. His lyric ushers in hope as his bandmates gradually enter and serve up a quaking conclusion, banishing the darkness -- at least momentarily. Dissolution is the album The Pineapple Thief have been promising since 2012's All the Wars: it's poetic, erudite, emotionally powerful, and chock-full of musical imagination. ~ Thom Jurek

The Pineapple Thief
Your Wilderness
$13.60 CD Sale
Add to Cart

The Pineapple Thief
Magnolia
$11.80 Discontinued
Out of Print
Save for Later

The Pineapple Thief
All the Wars
$12.70 CD Sale
Add to Cart

The Pineapple Thief
Someone Here Is Missing
$13.60 CD Sale
Add to Cart

The Pineapple Thief
Someone Here Is Missing
$12.70 CD Sale
Add to Cart

15%off
The Pineapple Thief
Tightly Unwound
$29.70
Add to Cart