Witness the Color of Will. 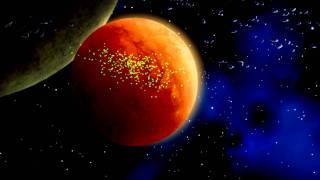 Hal Jordan (voice of Nathan Fillion) reveals six incredible tales of the Green Lantern Corps. to the intergalactic alliance's latest recruit on the eve of a defining battle with their sworn enemy Krona. An epic struggle is at hand, but before new Green Lantern Arisia (voice of Elisabeth Moss) faces the powerful Krona, she must learn the origins of the corps. With precious little time to spare, Hal tells Arisia the stories of six legendary Green Lanterns. From the adventures of Avra, the very first Green Lantern, to the heroic exploits of Kilowog (voice of Henry Rollins), Mogo, Abin Sur (voice of Arnold Vosloo), and Laira (voice of Kelly Hu), each story reveals the power and determination of the corps that fights to protect the galaxy from the forces of darkness. Once the tales have been told, Laira teams with Hal, Sinestro (voice of Jason Isaacs), and the rest of the Green Lanterns to defeat the dreaded Krona once and for all.