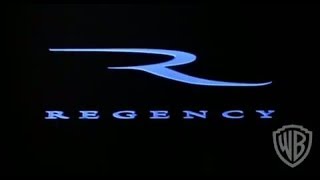 "Maybe we should both do something else, pal."--McCauley (Robert De Niro) to Hanna (Al Pacino) over coffee
"I don't know how to do anything else."--Hanna
"Neither do I."--McCauley
"I don't much want to either."--Hanna
"Neither do I."
- McCauley
"It's like you said. All I am is what I'm going after."
- Hanna, to his estranged wife
"Never have anything in your life that you can't walk out on in 30 seconds if you see the heat around the corner."
- McCauley

Robert De Niro and Al Pacino are finally together on screen in this riveting story about an intense rivalry between expert thief Neil McCauley (De Niro) and volatile cop Vincent Hanna (Pacino). McCauley will stop at nothing to do what he does best and neither will Hanna, even though it means destroying everything around them, including the people they love. With a solid supporting cast that includes Val Kilmer, Jon Voight, Ashley Judd, and Natalie Portman, HEAT is a truly epic crime story.

"Never have anything in your life you can't walk out on in thirty seconds" is the motto of expert thief Neil McCauley (De Niro). After his next break-in, McCauley plans to retire from his outlaw life and move to New Zealand. However, Vincent Hanna (Pacino), a Los Angeles police detective, obsessively tracks McCauley's gang of thieves, who have left three security guards dead in an armored truck robbery. As the detective gets closer to tracking them down, the crooks plan another big heist, this time at a bank. Hanna soon gets a lead that helps him determine the identity of the criminal mastermind who engineered the thefts, and discovers McCauley is a man as driven and relentless as the detective himself.
Although he doesn't have enough evidence against the thief to make an arrest, Hanna convinces McCauley to join him for coffee, at which point the two engage in casual conversation and discover that their lives are remarkably similar. However, each man makes it clear he'll kill the other if necessary. Though they know the police are closing in on them, McCauley and his men risk going through with the bank job. A violent shoot-out and car chase result, but the criminals escape. Hanna continues to pursue them unceasingly, at the expense of his already-crumbling marriage. Eventually Hanna and McCauley face each other for the last time in a thrilling showdown at the Los Angeles airport.
With HEAT, director Michael Mann achieves the nearly impossible task of making three hours go by in a flash with his use of the hand-held camera for action scenes and a moody score that echoes the characters' emotions. Val Kilmer, Ashley Judd, and others play characters that are also crucial to the plot, but never distract from the central conflict between McCauley and Hanna. The acting is outstanding, the story is riveting and the action scenes are breathtaking. Both De Niro and Pacino are perfect as two men driven to sacrifice nearly everything for their respective professions. With edge-of-your-seat action and insightful drama, HEAT is a crime film at its most intense and personal.