New Kids on the Block Thankful 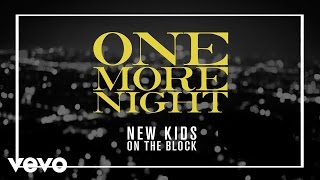 New Kids On The Block - One More Night (Music Video) 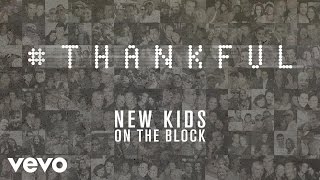 Timed to coincide with a summer 2017 tour, Thankful gives the New Kids on the Block faithful a brief blast of new music. It's not a full LP -- it's just an EP, which is enough to freshen a set list. Canny veteran act that they are, they know that the key to their continued success is to balance the past with the present, something they do in varying ways over the course of five songs. To seem modern, they'll thread fresher rhythmic ideas into their ballads, but those songs are odes to lasting love, just as the title track can be read as a tip of the hat to the fans who have stayed with the group over the years. This is clever but it's overshadowed a bit by "Still Sounds Good," a crass and bewildering exercise in nostalgia where NKOTB interpolate Public Enemy's "Fight the Power" over the riff from Nena's "99 Luftballons." It's silly, but it gives the otherwise slow EP a burst of energy, as does the delightfully funky "Hard (Not Luvin U), easily the liveliest thing here. It has a pulse but the ballads are expertly executed, so this EP winds up as a polished and satisfying piece of product. ~ Stephen Thomas Erlewine

80%off
New Kids on the Block
This One's for the Children / Funky, Funky Christmas
99¢ on Sale
Add to Cart