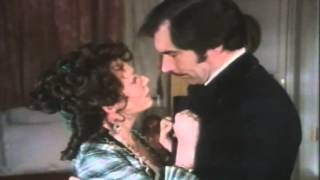 A sequel to GONE WITH THE WIND in which Scarlett (played by the lovely Joanne Whalley of SCANDAL and WILLOW) refuses to accept Rhett's rejection and travels to Charleston to win him back. Unable to change his mind, she travels to Ireland, stirring up London society, and vowing never to reveal to Rhett a secret only she knows.

The long-awaited sequel to Margaret Mitchell's historical romance novel, "Gone with the Wind." Occurring the day after Rhett Butler's famous last words, "Frankly, my dear, I don't give a damn," Rhett returns home to Scarlett and files for divorce. Scarlett discovers she's pregnant, moves to Ireland and, once there, establishes herself as the heir to O'Hara land and fights to save farmers from eviction. When she discovers her sister Suellen is ill, she returns to America and nurses her back to health.