Things in New York are about to go down the toilet...

13K ratings
Currently Out of Stock: We'll get more as soon as possible
Notify Me When Available
Add to Wishlist
Format:  DVD  (2 Discs)
sku:  X83A
Also released as:
Street Trash (Blu-ray) for $19.40
More products that might interest you:
Classic Horror Collection: 20 Full Color Vintage Movie Postcards (Movie Collectible) $4.78
Related products:
The Stuff for $9.50
Meet The Feebles for $20.20
92% recommend us! 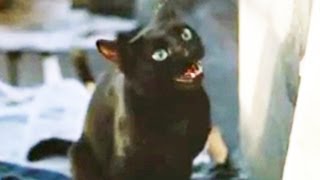 Two-Disc Meltdown Edition! In the sleazy, foreboding world of winos, derelicts and drifters in lower Manhattan, two young runaways - eighteen-year-old Fred (MIKE LACKEY) and his younger brother, Kevin (MARK SFERRAZZA), live in a tire hut in the back of a vast auto wrecking yard. Fred is burnt-out by the forces that destroyed his family life, whereas Kevin, having missed much of their childhood trauma, yearns to get back into society and lead a normal life.

Just when you thought you had seen it all, out of the multi-colored slime bubbles comes street trash - the most squeamishly funny gore-fest ever. When an off brand of cheap wine becomes the favorite among a group of violent Skid Row bums and junkyard denizens, they are unaware that it will cause them the melt into formless blobs of dayglow gook.