82K ratings
Available: Usually ships in 3-5 business days
LOW STOCK:
Only 3 copies left
Add to Cart
Add to Wishlist
Format:  DVD
sku:  353HE
Also released as:
The Women (Blu-ray) for $12.80
The Women (With Valentine's Day Movie Cash) for $11.40
Our customers love us! 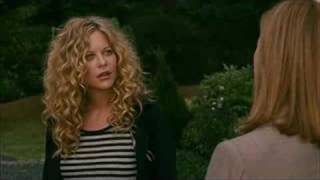 Packed with an all-star cast, Diane English's (MURPHY BROWN) contemporary version of THE WOMEN showcases the talents of Annette Bening, Meg Ryan, Jada Pinkett Smith, Candice Bergen, and Debra Messing. Like the 1939 original, the film deals with the relationships among a close-knit group of female friends, who, when their marriages fail and their lives are on the verge of falling apart, turn to each other for support. On the surface, Mary (Ryan) appears the happiest of the bunch, but her life changes instantly when her best friend Sylvia (Bening) discovers that Mary's husband's having an affair. The actresses frequently appear on screen as an ensemble, exhibiting a relaxed, compelling chemistry. The film feels cluttered at times, but perhaps that is fitting considering how much each female character has on her plate with regards to family, work, marriage, and friendship. Eva Mendes appears as the jaw-dropping beauty who is partially to blame for the fallout of Mary's marriage. As Mary's mother and the voice of wisdom, Bergen delivers the film's best lines with sarcasm, wit, and charm.

As in the SEX AND THE CITY movie, the message here seems to be that before finding love with a man, a woman must truly love and know herself. While Mary's high-society social standing enables her to start a fashion line on a whim and makes her self-transformation somewhat easy, female viewers from all walks of life are likely to recognize something relatable in the many women characters driving the film. One nice touch is that while much of the drama surrounds various marital problems, even the cheating husband in question never appears on screen. When you get down to it, the film's most important relationships are between the women themselves.

Under the Tuscan Sun
$6 Super Savings
Add to Cart

The Upside of Anger
$12.60 Super Savings
Add to Cart