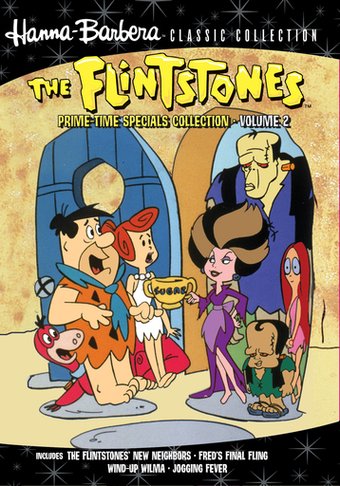 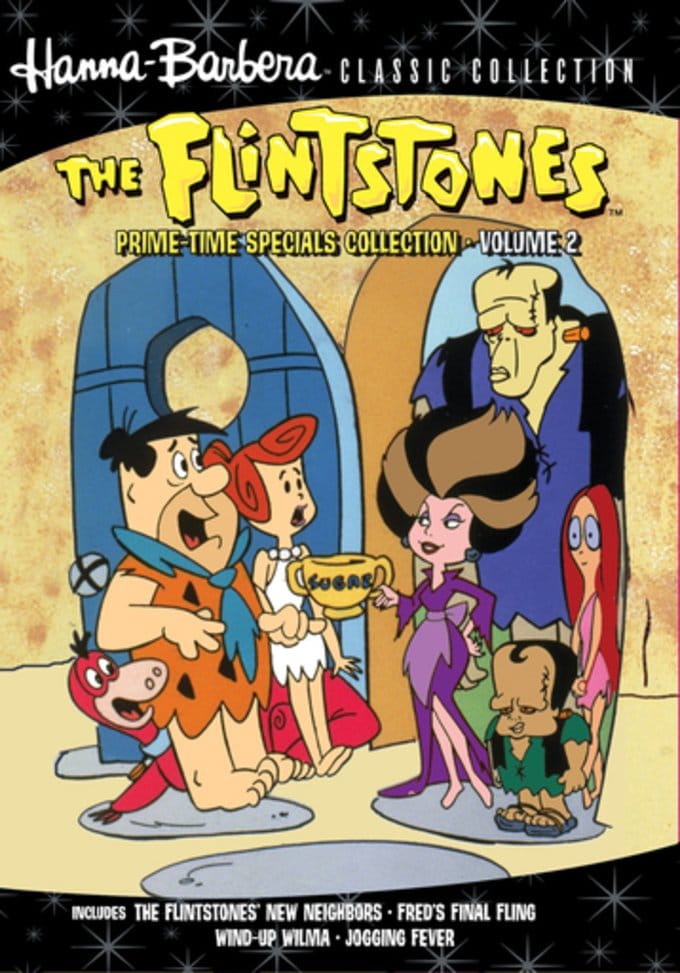 Monsters and mortality, pro sports and home fitness all get a dino-sized twist in this quartet of Flintstone network specials.

The Flintstones' New Neighbors
When the gruesome Frankenstone family moves in next door to Fred and Wilma, Fred is furious but Wilma insists they welcome their new neighbors. Can Frank Frankenstone turn Fred's views around?

Fred's Final Fling
A mix-up in medical records causes Fred to think that he only has 24-hours to live. Dazed by the news, Fred ponders his end and embarks on a 24-hour "do-good" blitz.

Wind-Up Wilma
After Wilma angrily pitches a melon at two thieves stealing her grocery money, the manager of the Bedrock Dodgers signs her up to pitch in the majors.

Jogging Fever
After his wife, his boss and the entire town of Bedrock notice Fred's weight gain, he decides to get in shape by running in the big Rockstone Marathon ... and finds out how badly out of shape he really is.

15%off
A Flintstone Christmas Collection
$11.10
Add to Cart

15%off
The Flintstones Prime-Time Specials Collection, Volume 1
$11.10
Add to Cart

The Flintstones and WWE: Stone Age Smackdown
$19
Add to Cart