When you can live forever, what do you live for?

1M ratings
Currently Out of Stock: We'll get more as soon as possible
Notify Me When Available
Add to Wishlist
Format:  DVD  (2 Discs)
sku:  QDV2
Also released as:
Twilight [Deluxe Edition] (3-DVD) for $4.78
Twilight for $8.40
Our customers love us! 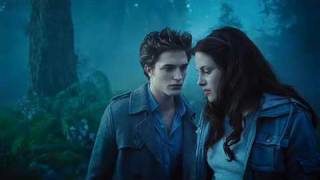 High school romance is difficult enough to navigate when both people are human. But for 17-year-old Bella Swan (Kristen Stewart, INTO THE WILD) and Edward Cullen (Robert Pattinson, HARRY POTTER AND THE GOBLET OF FIRE), Edward's life as a vampire complicates things even more. At first, when Bella moves from sunny Phoenix to the rainiest corner of Washington State, she isn't sure where she fits in at her new high school. Then she meets Edward, an ethereal beauty of a boy whose unnatural speed and strength lead Bella to the conclusion that her new crush is one of the undead. Suddenly, Bella's boring life is transformed; she's surrounded by love and danger in equal parts, thanks to the hunger of Edward and others of his kind.

TWILIGHT is based on the first book in the addictive series by author Stephenie Meyer. Director Catherine Hardwicke (THIRTEEN) certainly knows her audience, which is primarily the teenage girls who worship the book and its characters. There are plenty of swoonworthy shots of Pattinson's perfectly pale Edward, and his romance with Stewart's nicely acted Bella will cause many a sigh among the devoted fans. While TWILIGHT is primarily a love story in the ROMEO AND JULIET mold, there's also plenty of action and horror to be found. Blood flows (this is a vampire movie, after all), but the small amount of gore shouldn't be too much for the squeamish viewers--and it might even draw a boy or two to the screen. The film's record-breaking box office take alone is proof that the film's appeal isn't limited to screaming teen girls.