13K ratings
Currently Out of Stock: We'll get more as soon as possible
Notify Me When Available
Add to Wishlist
Format:  DVD
sku:  DSFW
Our customers love us! 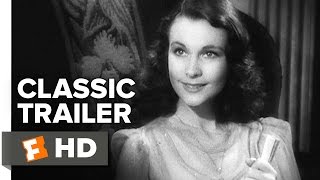 Based on the play by Pulitzer Prize-winning playwright Robert E. Sherwood, WATERLOO BRIDGE stars Vivien Leigh as Myra, a shy ballerina whose life is irrevocably altered in war-torn London. It's love at first sight when Myra meets handsome, aristocratic British officer Roy Cronin (Robert Taylor) in the midst of an air raid. The couple soon plans to wed, but Cronin is called to the front, and shortly thereafter a newspaper reports his death. Forced out of ballet school, alone and destitute, Myra turns to prostitution. When she discovers that the newspaper report was inaccurate, Myra is unable to tell Cronin about her professional life, and tragedy ensues. This 10-handkerchief weeper was directed by Mervyn LeRoy. Joseph Ruttenberg's photography is beautiful, as is the inspired soundtrack by Herbert Stothart (THE WIZARD OF OZ), but what makes WATERLOO BRIDGE is Leigh's stunning performance and the very real chemistry between her and Robert Taylor.

WATERLOO BRIDGE is a moving love story about a ballerina who turns to prostitution when she believes her lover was killed at war.