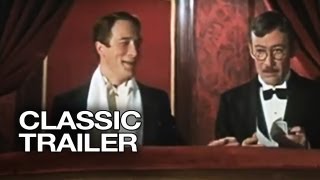 GOODBYE, MR. CHIPS was Herb Ross's directorial debut, a musical remake of the classic James Hilton tale of an all-boys school and the prim and proper professor who lives for its existence. Peter O'Toole stars as Mr. Chips, the classics professor at proper Brookfield Academy who falls in love with a music-hall girl (pop star Petula Clark in a rare film role). When the two unlikely lovers marry, they learn from one another and cherish their relationship and their importance in the lives of the young boys of Brookfield.

This musical remake of 1939's GOODBYE, MR. CHIPS, taken from the classic James Hilton novel, was Herb Ross's directorial debut. It stars the always terrific Peter O'Toole as Mr. Chips, a prim and proper classics professor at an English all-boy's school. This lavish epic follows the career of the professor as he falls in love with a London dance-hall girl, played by singer Petula Clark, and marries her. The couple makes Brookfield Academy for Boys its home and brightens the school with the unlikely union. The clash of the two worlds and the sordid past of Mrs. Chips is enough to threaten the repressed professor's title and reputation, but through perserverance and charm Mrs. Chips warms the hearts of all those in her presence. Her love and support warms her husband as well, who was once notorious for tyrannical teaching. Through the hardship and trials of WWII, Mr. Chips's legacy of kindness and loyalty to the school survives and he becomes an icon of the school that he calls home.