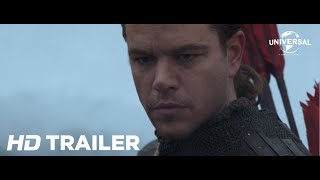 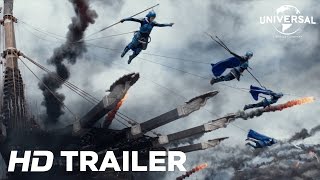 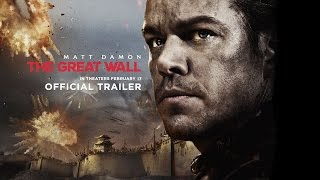 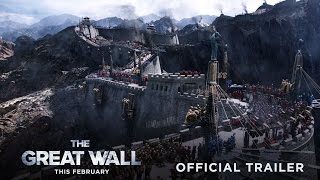 The Great Wall - Official Trailer #2 - In Theaters This February

The Guardian - 12/16/2016
"[T]he director’s artistic touch is on display in his long panoramic sweeps and artful use of colour. Simultaneously futuristic and historic, the visual spectacle carries the film..."
A.V. Club - 02/16/2017
"[I]t is consistently engaging as an almost abstract exercise in visual sumptuousness. Zhang spends almost as much time on the Nameless Order’s elaborate preparations for battle as he does on the battles themselves, and stages them with his usual flair for synchronized movements and patterns."
RogerEbert.com - 02/17/2017
3 stars out of 4 -- "THE GREAT WALL is unlike any American blockbuster you've seen, a conservative movie with action set pieces that are actually inventive and thrilling enough to be worthwhile."
New York Times - 02/16/2017
"[With] striking locations, digital wizardry and battles between hordes of critters and legions of soldiers. These are distinguished by skill and hue..."
Variety - 12/15/2017
"[T]here are some highly watchable war and monster spectacles..."

Matt Damon and Willem Dafoe star in this supernatural thriller that supposes that the Great Wall of China was made to keep out a race of ancient creatures.