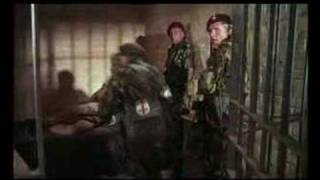 A British industrialist recruits a group of mercenaries to penetrate the African wilderness and rescue a deposed political leader awaiting execution at the hands of a military despot. While the prisoner is a man with noble visions of racial reform, the industrialist who's financing the operation cares only about his own business interests. When the rescue mission is no longer to his advantage, the businessman decides to alter the course of events -- setting off an explosion of violence.

A band of war-hardened mercenaries journey into the heart of Africa to rescue the imprisoned leader of an African nation. A tough, gritty action adventure.