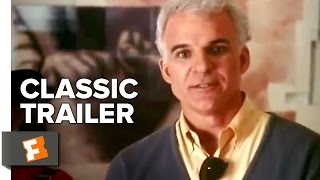 Steve Martin is Harris Telemacher, a wacky television weatherman who thinks his life is perfect except for an erratic relationship with a style-conscious girlfriend (Marilu Henner). Then, one bright and smoggy L.A. day, an electronic freeway sign changes his life, when its advice leads him into a frivolous romance with a young and beautiful blonde (Sarah Jessica Parker) and, ultimately, to true love with the woman of his dreams (Victoria Tennant). Set against the backdrop of Los Angeles, it's the most hilariously romantic L.A. Story you'll ever experience.

In this gentle send-up of life in L.A., a TV weatherman stuck in an unfulfilling relationship and embarrassing job receives a mysterious message from a freeway sign saying the weather will change his life. Soon his life is turned upside down--he loses his job, his agent, his girlfriend, and his reasons not to start living life to the fullest.

A wacky TV weatherman loses his job after taking off yet another weekend -- after all, he figures, L.A. weather never changes, does it' And his personal life is a mess too, because his relationship with his long-time girlfriend has gone kaput. Everything looks pretty dismal, when he unexpectedly meets a British journalist on assignment in L.A. and falls instantly in love. He fears he has no chance with her, though, and in desperation he starts a relationship with a ditzy young shopgirl who introduces him to the wonders of rollerskating and colonics. All the while he pines away for the journalist. Then, while driving down the L.A. freeways, he suddenly realizes that one of the highway signs is trying to communicate with him. He stops to read the messages, takes a risk, and trusts in them to save his life.

20%off
Nothing But Trouble
$12 Super Savings
Add to Cart