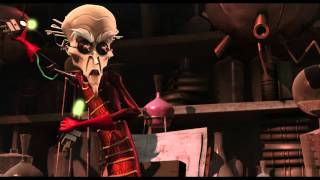 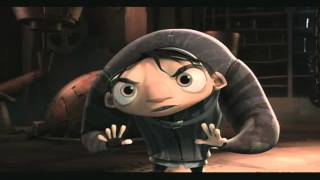 In the 2008 computer-animated comedy IGOR, John Cusack provides the voice for the title character, one of many "Igors," whose sole purpose in life is to assist mad scientists in their diabolical experiments with a dutiful and mindless "Yes, master." When Cusack's bright, determined Igor strikes out on his own and creates the Frankenstein's-monster-like Eva (Molly Shannon), aided by a resurrected rabbit named Scamper (Steve Buscemi) and a mislabeled talking brain named Brian (Sean Hayes), his efforts incur the wrath of the winkingly monikered Dr. Schadenfreude (Eddie Izzard), who is set on putting Igor back in his henchman slot of the horror hierarchy.

Directed by Tony Leonidas (LILO & STITCH 2: STITCH HAS A GLITCH), IGOR takes many of its macabre cues from horror-comedy classics THE NIGHTMARE BEFORE CHRISTMAS and YOUNG FRANKENSTEIN, mixing monster-movie elements with moments of clever humor and generous amounts of slapstick. Although there are dark undercurrents in IGOR (see Buscemi's sarcastic, suicidal hare), the film generally sticks to a family-friendly misfit-makes-good theme, keeping it in the quirky vein of fellow CG-animation movies such as THE CORPSE BRIDE and MONSTERS, INC. While the cast is impressive (particularly the gloriously hammy Izzard), the surprisingly lively gothic-laboratory aesthetic of IGOR is its true star, with the playful visuals leaving plenty for both adults and children to marvel at.

This hilarious animated twist on the classic monster movie is must-see family fun! Determined to prove he can create his own diabolical invention, a mad scientist's (John Cleese) nice-guy assistant Igor (John Cusack) creates a female Franken-monster. But his creation, Eva (Molly Shannon), is sweet and sings show tunes! That is, until she falls into the clutches of Dr. Schadenfreude (Eddie Izzard) and his shape-shifting girlfriend (Jennifer Coolidge). Now it's up to Igor and his sidekicks (Steve Buscemi and Sean Hayes) to save Eva - and their country - from real evildoers, including sneaky Prince Malpert (Jay Leno)!