Currently Out of Stock: We'll get more as soon as possible
Notify Me When Available
Add to Wishlist
Format:  CD  (2 Discs)
sku:  35EHV
92% recommend us! 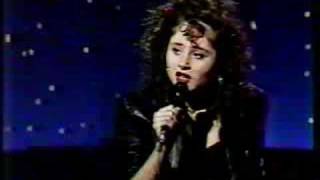 Frances Ruffelle On My Own Les Miserables (Music Video) 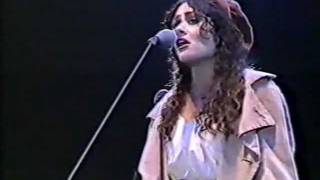 Principal cast includes: Patti LuPone, Colm Wilkinson, Frances Ruffelle.
Producers: Alan Boubil, Claude-Michel Schonberg.
All music written by Alan Boubil and Claude-Michel Schonberg.
The songs on this recording are slightly different from those on the Broadway cast album, including a complete version of the song "Little People."
Lyricist: Herbert Kretzmer.
Adapters: John Caird; Trevor Nunn.
Liner Note Author: Sheridan Morley.
Recording information: CTS Studios, Wembley (10/28/1985-11/12/1985).
Originally conceived as a simple recording production, Les Mis‚rables evolved quickly into one of the premiere theater events of the 1980s. Theatrically on par with The Phantom of the Opera, Les Miz is drawn from the Victor Hugo novel of the same name. The story chronicles the life of Jean Valjean, a simple Frenchman who was arrested as a youth for stealing a loaf of bread. After serving five years for that crime, as well as an additional 14 for attempted escape, Valjean is released on parole. Upon changing his name and eluding his parole officer, Valjean becomes the surrogate father of a young girl and a mayor as the French Revolution sets in. As the war rages, he finds that he cannot change the man he is. Les Mis‚rables is typical of theater in the '80s, with extravagant effects and large full-cast numbers. The beautiful score is full of emotion and humor, including such memorable and noteworthy songs as "Look Down," "Do You Hear the People Sing?," "Bring Him Home," "Empty Chairs at Empty Tables," and the ubiquitous "On My Own." The original London cast recording is considered by many to be superior to various other releases of Les Miz, including the Broadway cast. Colm Wilkinson and Frances Ruffelle originate here the roles they played in the Broadway cast, joined by Patti LuPone and Michael Ball. An important addition to a collection for those who want a nearly complete version but who don't need the full symphonic version. ~ Sarah Erlewine