There is a miracle in being young... and a fear 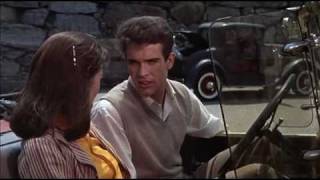 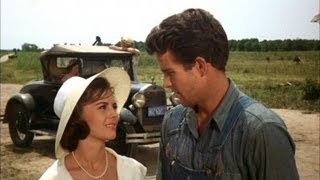 Dan Ireland on SPLENDOR IN THE GRASS (Featurette)

Two young lovers find their awakening sensuality in conflict with both their own moral values and those of the small town in which they live. This intense, tragic film marked the screen debut of Warren Beatty. Academy Award Nominations: 2, including Best Actress--Natalie Wood. Academy Awards: Best (Original) Story and Screenplay.

Set in rural Kansas, "Splendor in the Grass" tells the tragically romantic tale of teenagers Deanie and Bud who repress their desires because of their families' disapproval. Coming from radically different backgrounds -- one wealthy, the other staunchly puritanical -- they allow class differences to prevent any possible union. Their passions exist purely in their hearts and minds, but the couple never physically or socially express this forbidden love. Later in life, Deanie is institutionalized following a breakdown, and she eventually returns home to resolve her feelings about Bud.

Rebel Without a Cause (Blu-ray)
$18.70 Super Savings
Add to Cart