The East Side Kids encounter foreign saboteurs at an airplane factory. 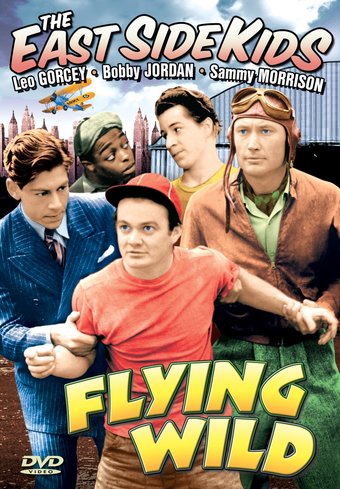 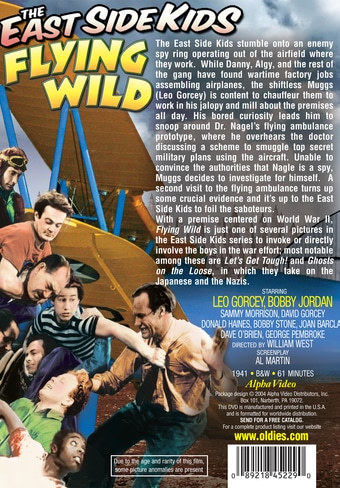 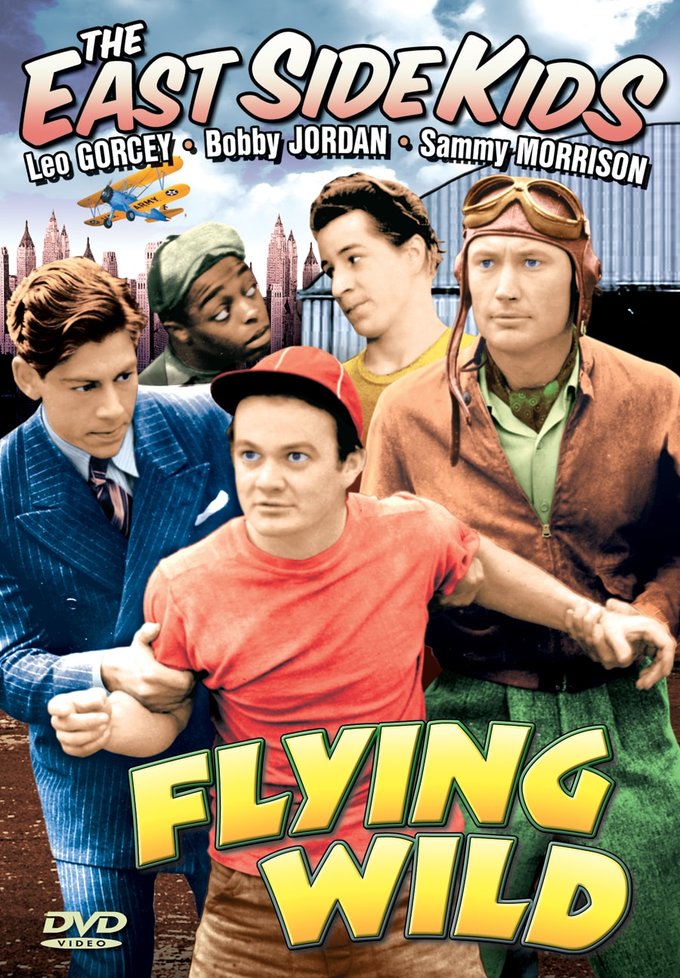 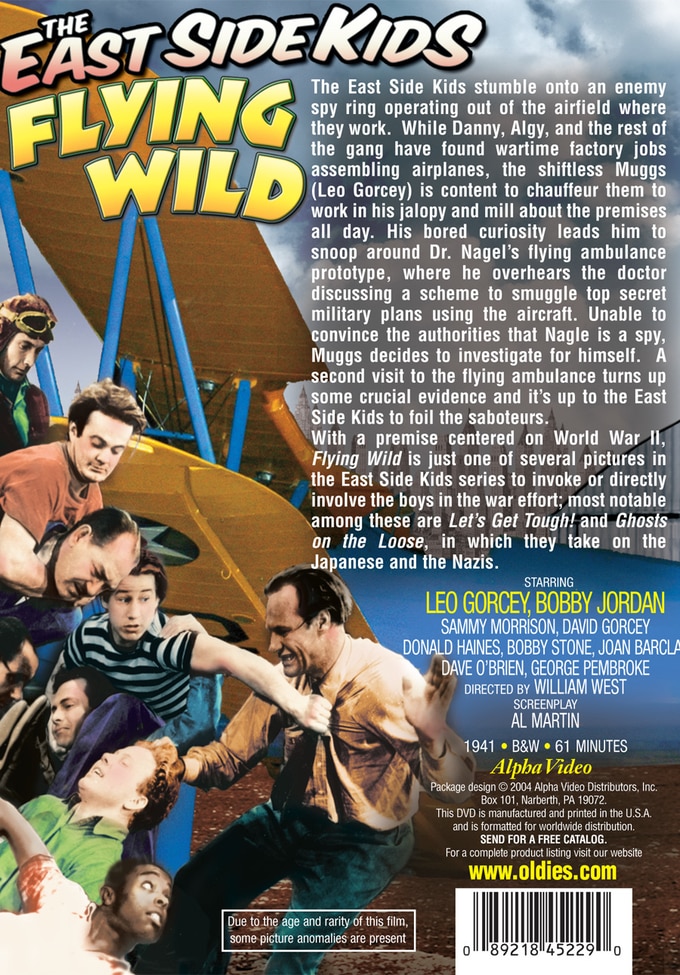 The East Side Kids stumble onto an enemy spy ring operating out of the airfield where they work. While Danny, Algy, and the rest of the gang have found wartime factory jobs assembling airplanes, the shiftless Muggs (Leo Gorcey) is content to chauffeur them to work in his jalopy and mill about the premises all day. His bored curiosity leads him to snoop around Dr. Nagel's flying ambulance prototype, where he overhears the doctor discussing a scheme to smuggle top secret military plans using the aircraft. Unable to convince the authorities that Nagle is a spy, Muggs decides to investigate for himself. A second visit to the flying ambulance turns up some crucial evidence and it's up to the East Side Kids to foil the saboteurs. With a premise centered on World War II, Flying Wild is just one of several pictures in the East Side Kids series to invoke or directly involve the boys in the war effort; most notable among these are Let's Get Tough! and Ghosts on the Loose, in which they take on the Japanese and the Nazis.

The East Side Kids stop a gang of spies who are stealing airplane secrets.

War | World War II | Spy | Airplanes | Flying | Comedy Teams
This product is made-on-demand by the manufacturer using DVD-R recordable media. Almost all DVD players can play DVD-Rs (except for some older models made before 2000) - please consult your owner's manual for formats compatible with your player. These DVD-Rs may not play on all computers or DVD player/recorders. To address this, the manufacturer recommends viewing this product on a DVD player that does not have recording capability.