Curse of The Headless Horseman

A mysterious midnight rider strikes terror in the hearts of residents at a resort. 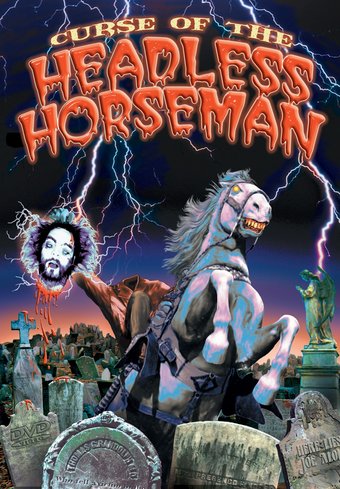 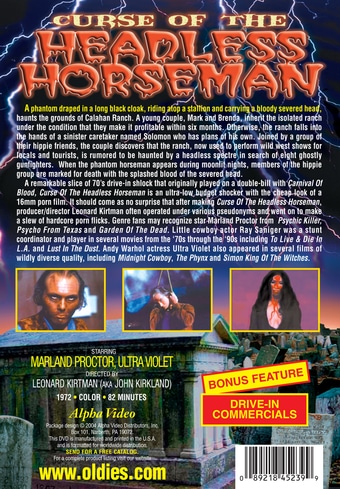 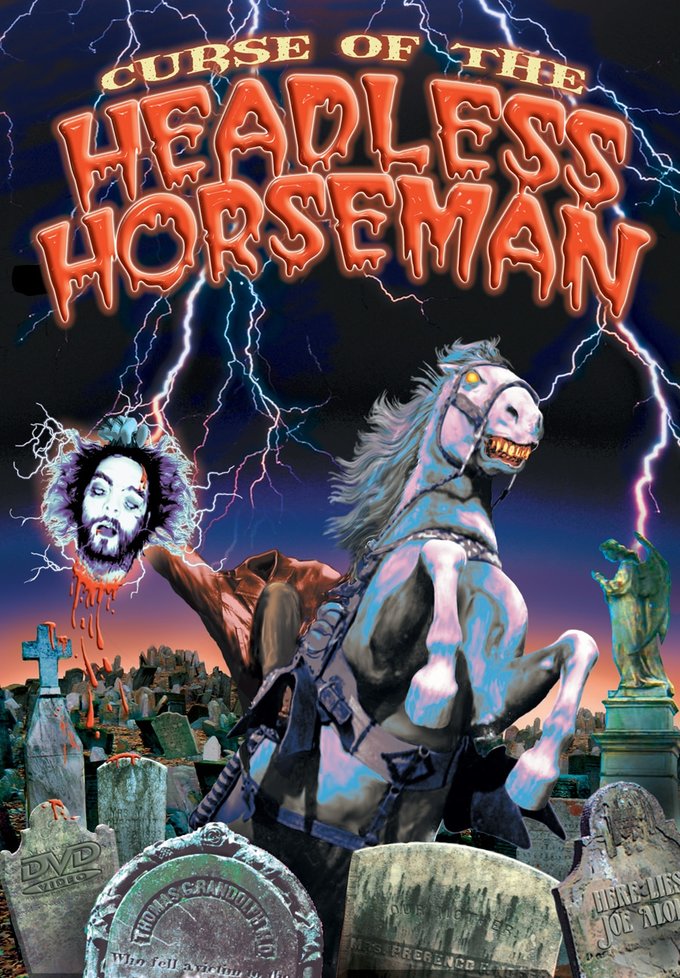 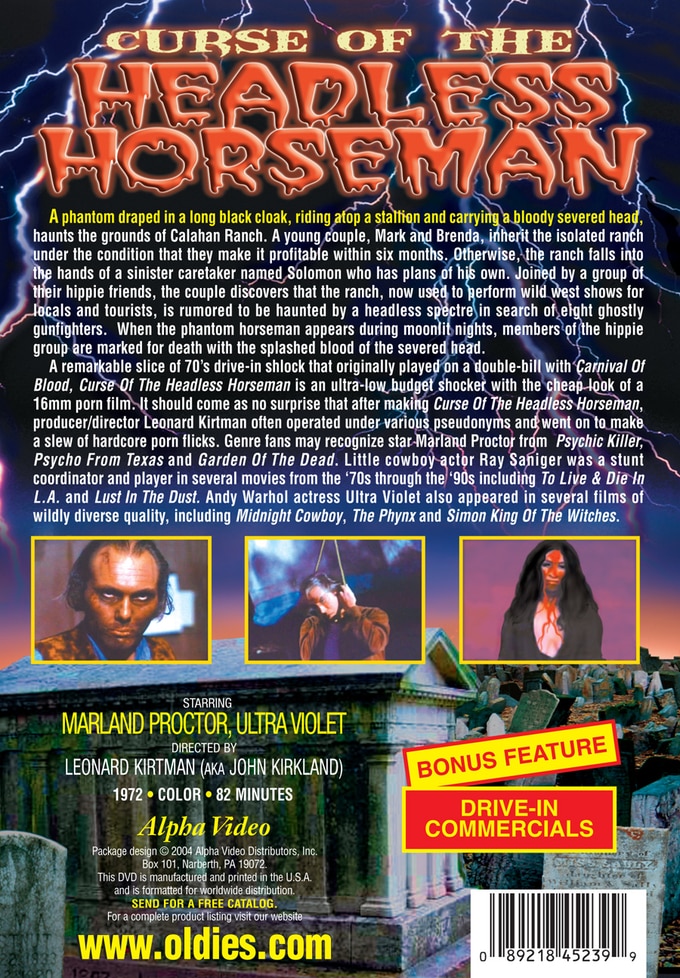 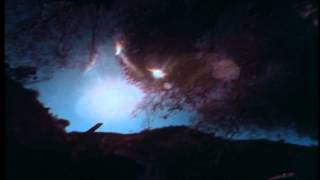 A phantom draped in a long black cloak, riding atop a stallion and carrying a bloody severed head, haunts the grounds of Calahan Ranch. A young couple, Mark and Brenda, inherit the isolated ranch under the condition that they make it profitable within six months. Otherwise, the ranch falls into the hands of a sinister caretaker named Solomon who has plans of his own. Joined by a group of their hippie friends, the couple discovers that the ranch, now used to perform wild west shows for locals and tourists, is rumored to be haunted by a headless spectre in search of eight ghostly gunfighters. When the phantom horseman appears during moonlit nights, members of the hippie group are marked for death with the splashed blood of the severed head.

Genre fans may recognize star Marland Proctor from Psychic Killer, Psycho From Texas and Garden Of The Dead. Little cowboy actor Ray Saniger was a stunt coordinator and player in several movies from the '70s through the '90s including To Live & Die In L.A. and Lust In The Dust. Andy Warhol actress Ultra Violet also appeared in several films of wildly diverse quality, including Midnight Cowboy, The Phynx and Simon King Of The Witches.

Director John Kirkland (CARNIVAL OF BLOOD) was at the helm for this chiller from 1972, about a mysterious horseman without a head who appears nightly amidst the rides of a Wild West theme park. The park was inherited by a hippie medical student named Mark Callahan (Marland Proctor). But when Mark and his stoner pals move in, they find out that the violent, headless ghost who already lives there is determined to wreak havoc. Kirkland winds the film to a surprising conclusion, making sure that he keeps viewers on their toes throughout.