A savage, sweeping epic of society in chaos. 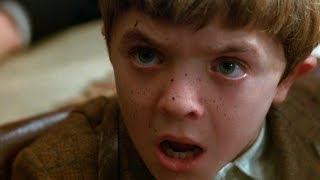 Novelist Günter Grass assisted in this brilliant film adaptation of his groundbreaking novel, which depicts the significant events in German history since the turn of the century as seen through the eyes of a bizarre child. In this allegorical film, a three-year-old boy observes the hypocrisy of the adult world and decides to remain a child forever by not growing any taller. His primary efforts to communicate consist of glass-shattering screams and banging on his tin drum. But as this unusual lad matures, and the events leading up to the onslaught of Nazism come to a head, he proves to have a keener perception of life than those around him. Volker Schlondorff's powerful drama deservedly won an Academy Award for Best Foreign Language Film.

Grave of the Fireflies (DVD)
$13.30 Super Savings
Add to Cart

20%off
A Time for Drunken Horses (Kurdish, Subtitled in English) (DVD)
$20 Super Savings
Add to Cart