The story of a love that became the most fearful thing that ever happened to a woman! 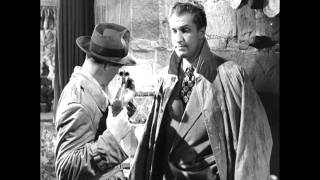 A classic noirish mystery with a consummate ensemble of actors. Dana Andrews adroitly plays the detective who delves into the murder of the stunningly beautiful Laura, with whom it seems everyone, including the detective himself, is in love. But Webb steals the show as the titular ingenue's creepily elegant social mentor, Waldo Lydecker. Based on the novel by Vera Caspary. Academy Award Nominations: 4, including Best Director. Academy Awards: Best (Black-and-White) Cinematography.

Classic film about a detective who, while investigating the murder of a beautiful woman, falls in love with her likeness in a painting. But was the woman really murdered'

In a Lonely Place
$26.10 Super Savings
Add to Cart