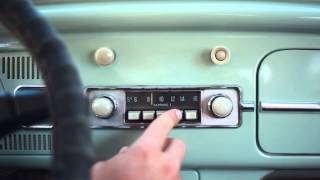 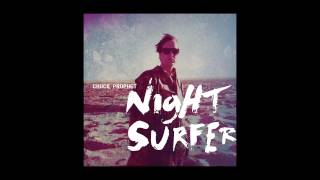 Personnel: Chuck Prophet (vocals, guitars); Rusty Miller (vocals, piano); Stephanie Finch (vocals); James DePrato, Peter Buck (guitars); Matt Winegar (sitar, keyboards); Chris Carmichael (violin, viola); Austin Hoke (cello); Jim Hoke (woodwinds); Prairie Prince, Bill Rieflin (drums, percussion).
Audio Mixer: Paul Q. Kolderie.
Recording information: Alex The Great, Nashville, TN; Decibelle, San Francisco, CA.
Photographer: Suzy Poling.
After his ambitious 2012 album Temple Beautiful, a song cycle about his home town of San Francisco, Chuck Prophet eases back just a bit with Night Surfer, a set of tunes that often have an autobiographical twist as Prophet (or a character speaking with his voice) interacts with a rogue's gallery of characters both honorable and dangerous. Whether he's hitting the highway on tour in a beat-up van, harvesting weed in Mexico, or jotting down mental notes about strangers in the park, Prophet has a great eye for details, and these 12 songs are often powerfully evocative and acidly funny, short stories of a memorable life where fate often puts a twist in the tale. As good a songwriter as Prophet is, he's also a fine man with a tune who can write melodies that are tough but richly musical at the same time, and his skills as a guitarist are strong, though he has a small army of helpers on these sessions, including Peter Buck on 12-string guitar, Prairie Prince of the Tubes, and Bill Rieflin, ex-Ministry, taking turns on drums (and any musician who cheerfully works with members of R.E.M., the Tubes, and Ministry on one album is one who isn't too worried about boundaries). Night Surfer jumps from atmospheric pop to full-on rock with grace, precision, and just the right touch of attitude, and Prophet's wit and storytelling smarts never get in the way of his abundant heart and soul. Chuck Prophet has quietly amassed a very impressive body of solo work in the 21st century, and Night Surfer shows he's not slowing down anytime soon. ~ Mark Deming

Steve Earle
So You Wannabe an Outlaw
$18.10 CD Sale
Add to Cart

45%off
Chuck Prophet
Bobby Fuller Died For Your Sins (With Button)
$12.64 on Sale
Add to Cart

Chuck Prophet
Castro Halloween / I Gotta Get Back To You (Pumpkin Orange...
$9.50 on Sale
Add to Cart