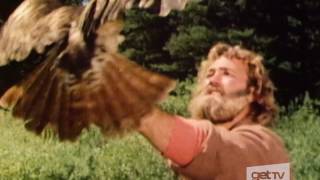 Weekend Westerns - THE LIFE AND TIMES OF GRIZZLY ADAMS (Trailer)

After being accused of a crime he did not commit, James "Grizzly" Adams (Dan Haggerty) takes sanctuary in a remote mountain area in the American west. There he discovers and befriends an orphaned grizzly cub he affectionately calls Ben. Enjoy their adventures, in the second season, as they come across man and beast in the wildlife Adams has come to cherish. Approx. 1,200 Min. / Color

16%off
Adventures of the Wilderness Family Triple Feature (The...
$8.40 Super Savings
Add to Cart

The Life and Times of Grizzly Adams: Once Upon a Starry... (DVD)
$9.10 Super Savings
Add to Cart