Confessions of A Vice Baron

A jailed gangster recalls tales of his life of debauchery and crime. 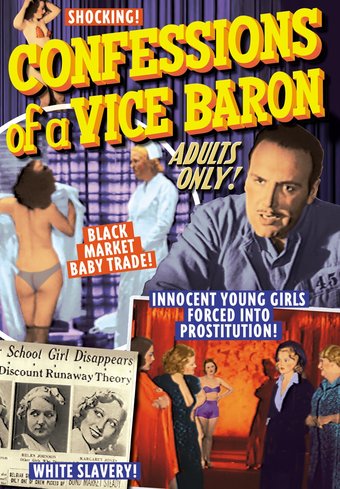 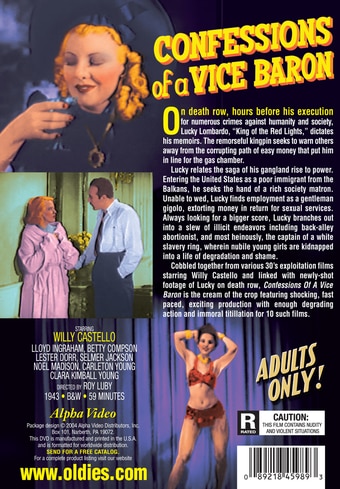 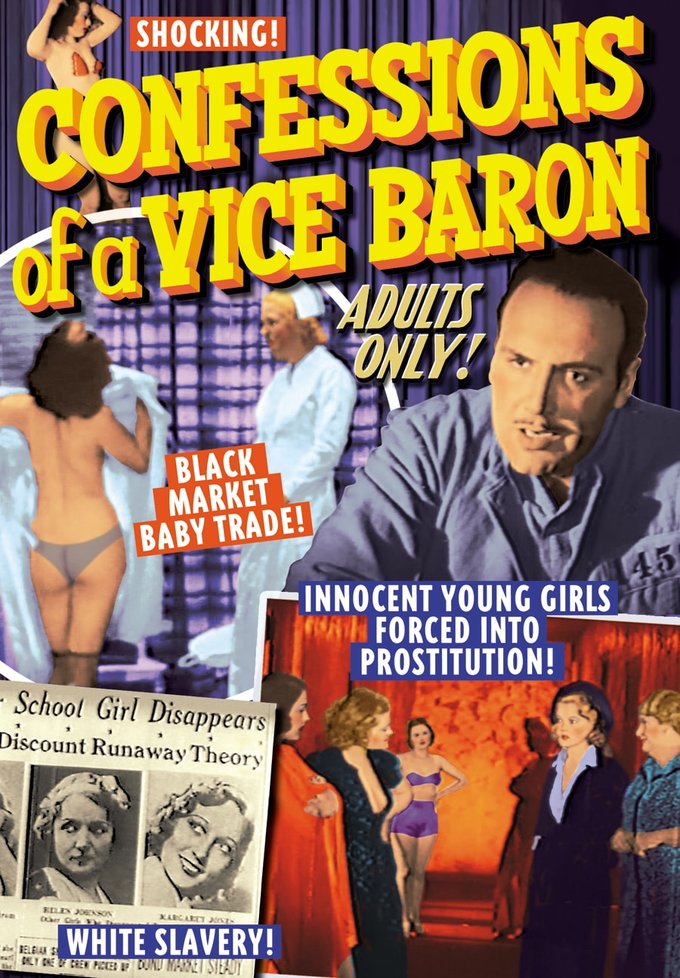 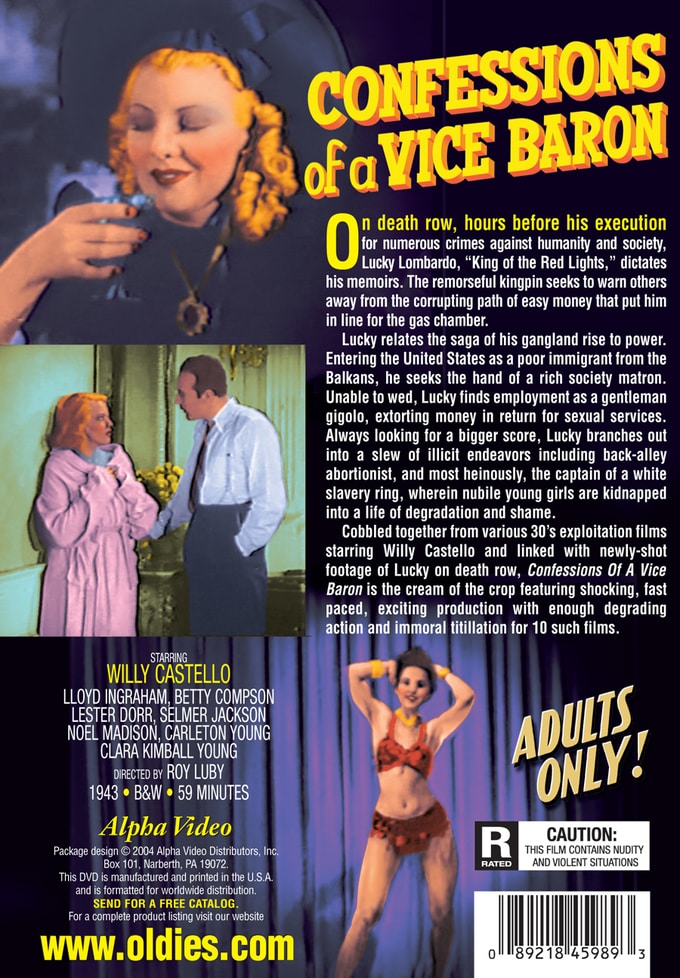 On death row, hours before his execution for numerous crimes against humanity and society, Lucky Lombardo, "King of the Red Lights," dictates his memoirs. The remorseful kingpin seeks to warn others away from the corrupting path of easy money that put him in line for the gas chamber. Lucky relates the saga of his gangland rise to power. Entering the United States as a poor immigrant from the Balkans, he seeks the hand of a rich society matron. Unable to wed, Lucky finds employment as a gentleman gigolo, extorting money in return for sexual services. Always looking for a bigger score, Lucky branches out into a slew of illicit endeavors including back-alley abortionist, and most heinously, the captain of a white slavery ring, wherein nubile young girls are kidnapped into a life of degradation and shame.

Cobbled together from various 30's exploitation films starring Willy Castello and linked with newly-shot footage of Lucky on death row, Confessions Of A Vice Baron is the cream of the crop featuring shocking, fast paced, exciting production with enough degrading action and immoral titillation for ten such films.

A real-life gangster "acts" the part of the Vice Baron in this laughably terrible exploitation film.

Customer Rating:
Based on 86 ratings.


I don't mean in content - I mean in how it was made. The film was slapped together, not edited in spots (in the opening scene, the warden can actually be ssen reading his lines from the papers on his desk, poorly acted, and filled with semi-titillating scenes from other films.