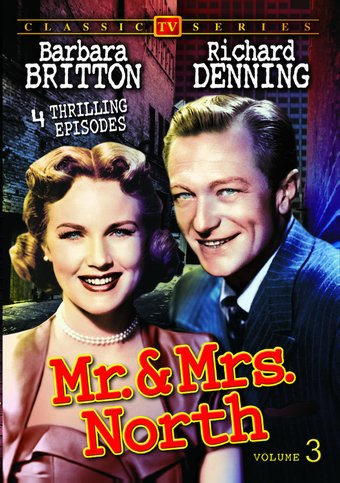 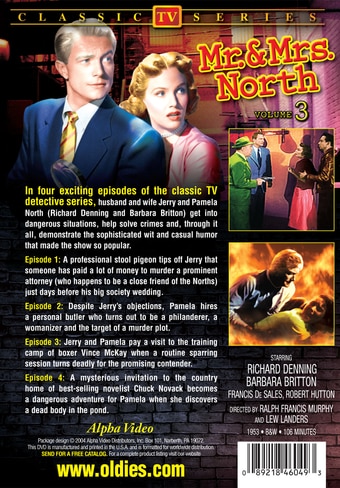 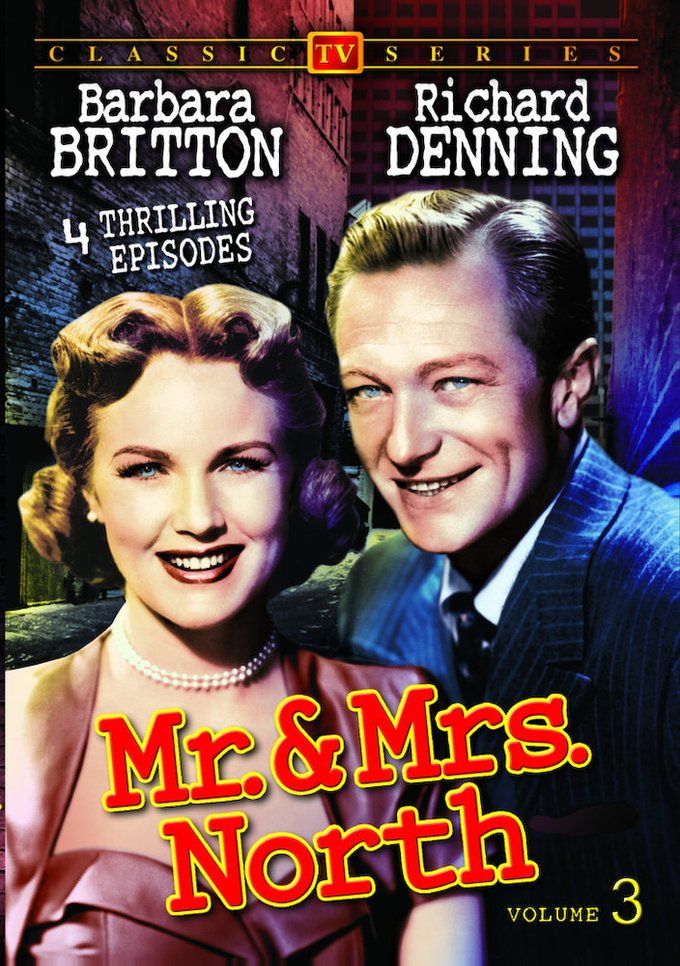 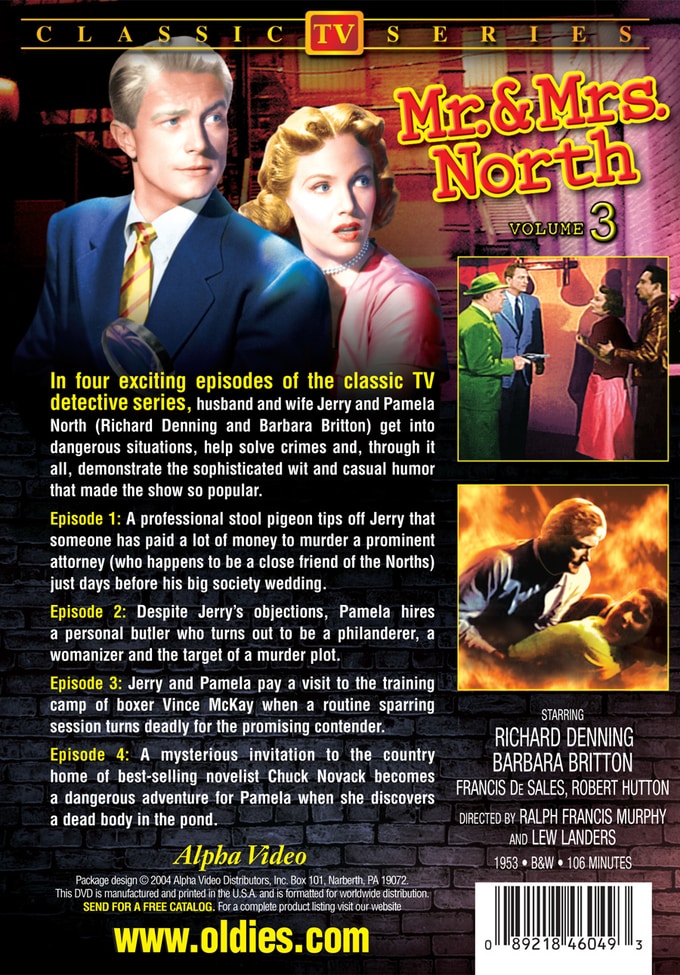 In four exciting episodes of the classic TV detective series, husband and wife Jerry and Pamela North (Richard Denning and Barbara Britton) get into dangerous situations, help solve crimes and, through it all, demonstrate the sophisticated wit and casual humor that made the show so popular.

Episode 1: A professional stool pigeon tips off Jerry that someone has paid a lot of money to murder a prominent attorney (who happens to be a close friend of the Norths) just days before his big society wedding.

Episode 2: Despite Jerry's objections, Pamela hires a personal butler who turns out to be a philanderer, a womanizer and the target of a murder plot.

Episode 3: Jerry and Pamela pay a visit to the training camp of boxer Vince McKay when a routine sparring session turns deadly for the promising contender.

Episode 4: A mysterious invitation to the country home of best-selling novelist Chuck Novack becomes a dangerous adventure for Pamela when she discovers a dead body in the pond.

A classic TV show from 1953, MR. & MRS. NORTH saw a husband and wife team tackling various miscreants as they attempted to uphold the law via some cunning detective work. Four episodes from the show are included here, starring Richard Denning and Barbara Britton as the stylish couple on the right side of the law.


Wholesome entertainment for the whole family,even for these 'New School' teens these days. I love watching a short mystery and light humor, The Norths are perfect for that.