The Range Busters try to trap a gang of ruthless killers. 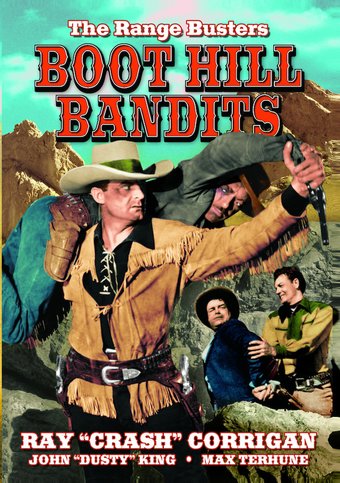 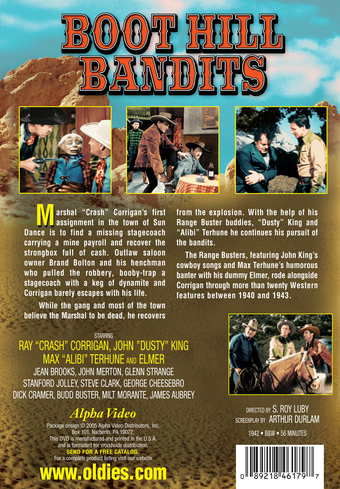 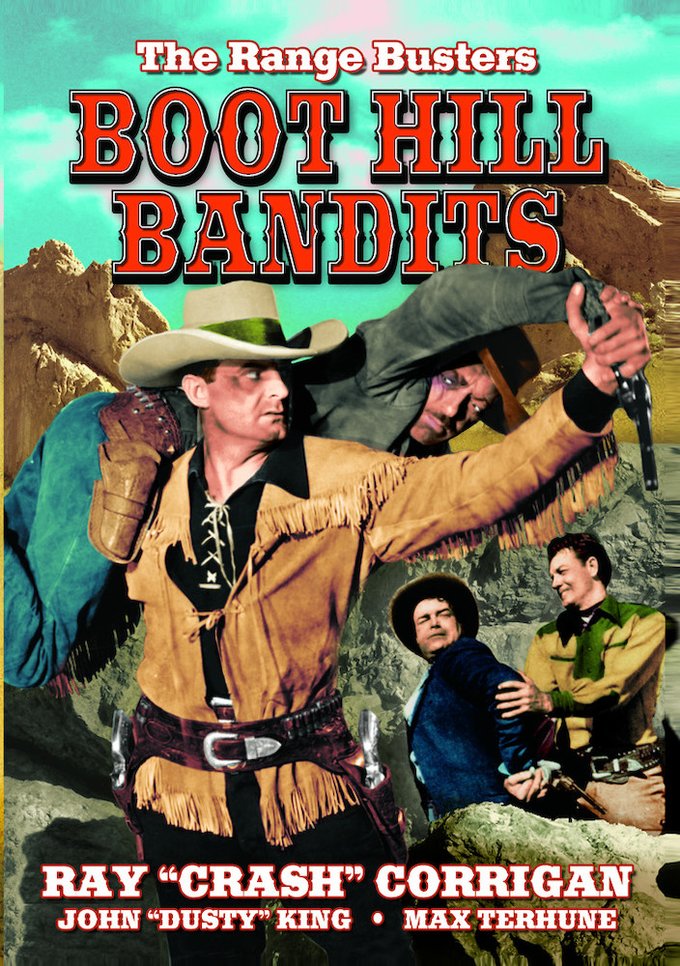 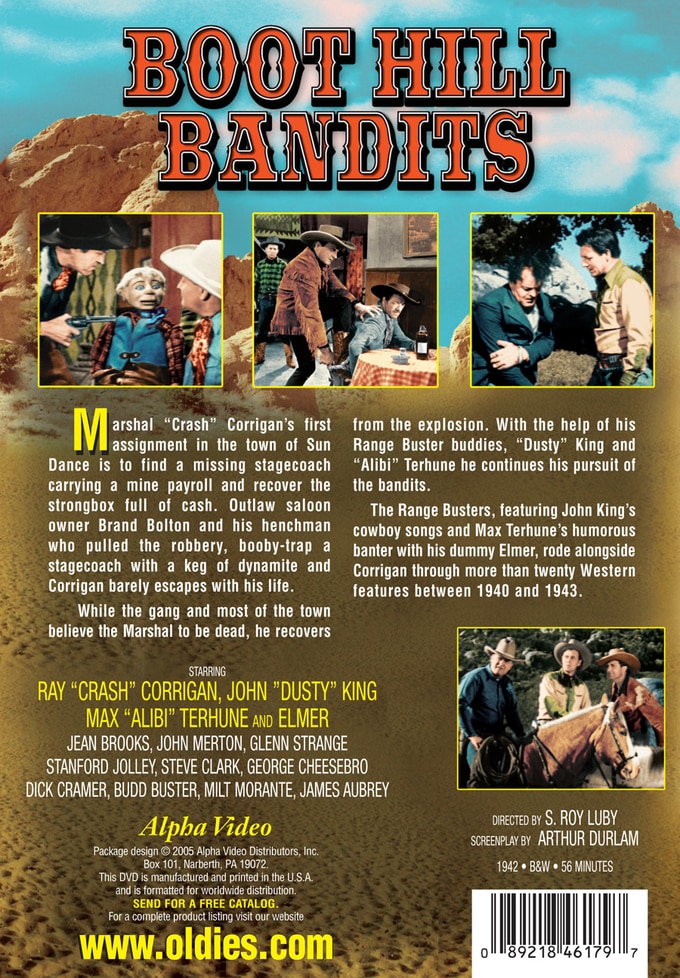 Marshal "Crash" Corrigan's first assignment in the town of Sun Dance is to find a missing stagecoach carrying a mine payroll and recover the strongbox full of cash. Outlaw saloon owner Brand Bolton and his henchman who pulled the robbery, booby-trap a stagecoach with a keg of dynamite and Corrigan barely escapes with his life.

While the gang and most of the town believe the Marshal to be dead, he recovers from the explosion. With the help of his Range Buster buddies, "Dusty" King and "Alibi" Terhune he continues his pursuit of the bandits.

The Range Busters, featuring John King's cowboy songs and Max Terhune's humorous banter with his dummy Elmer, rode alongside Corrigan through more than twenty Western features between 1940 and 1943.

25%off
The Three Mesquiteers: The Purple Vigilantes (DVD)
$5.95 on Sale
Add to Cart