Save Me (Alternative Cover Art) 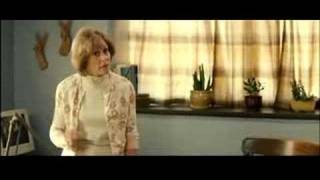 ANYTHING BUT LOVE director Robert Cary brings this thought-provoking drama to the screen. Chad Allen stars Mark, a gay man whose descent into addiction causes his brother to check him into a Christian treatment center. But the center doesn't focus so much on Mark's addictions; instead, they try to "fix" his homosexuality. Soon, Mark finds friendship--and romance--with his mentor (QUEER AS FOLK's Robert Gant), and the center's leaders (Judith Light and Stephen Lang) find their beliefs under attack. Allen, Gant, and Light also earn credit as producers of the film.

When Mark - a young gay man addicted to sex and drugs - hits bottom, his concerned brother checks him into a Christian retreat in the New Mexico desert. Run by a compassionate husband and wife team, Gayle and Ted have made it their life's mission to cure young men of their 'gay affliction' through spiritual guidance. But after Mark bonds with fellow resident Scott and their relationship evolves, they are forced to confront their true selves. Featuring powerful performances from Chad Allen, Robert Gant and Judith Light, this acclaimed drama is a subtly nuanced and deeply sympathetic look at both sides of one of the most polarizing religious and sexual debates in America: the conflict - and possible reconciliation - between homosexuality and Christianity.
A World Premiere at Sundance and selected as the Opening Night Film at OutFest Los Angeles and the Closing Night Film at New York's New Festival, SAVE ME offers healing, clarity and understanding to anyone caught in the crosshairs of scripture and sexual identity.