When one of their friends is wrongly accused of murder, two teenagers try to capture the real killer. 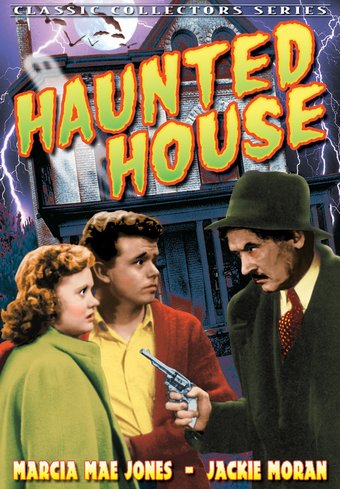 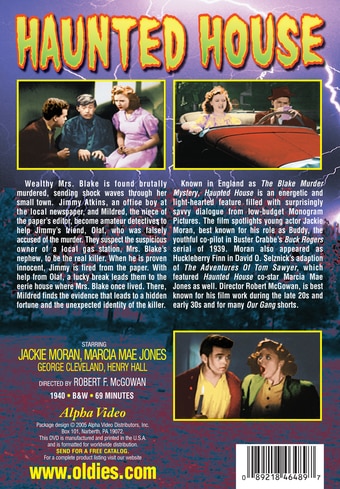 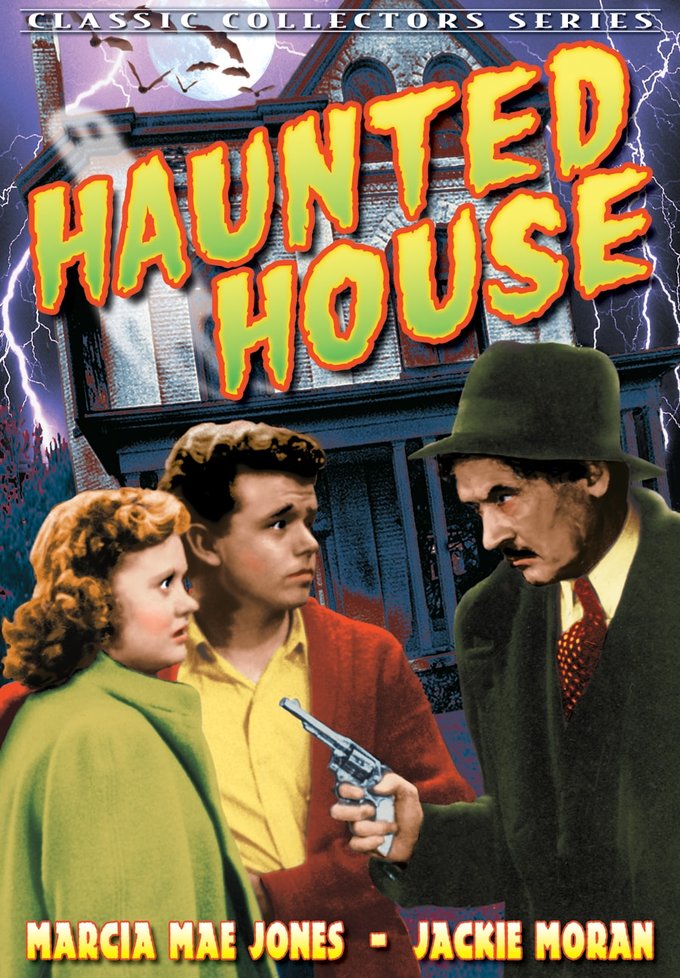 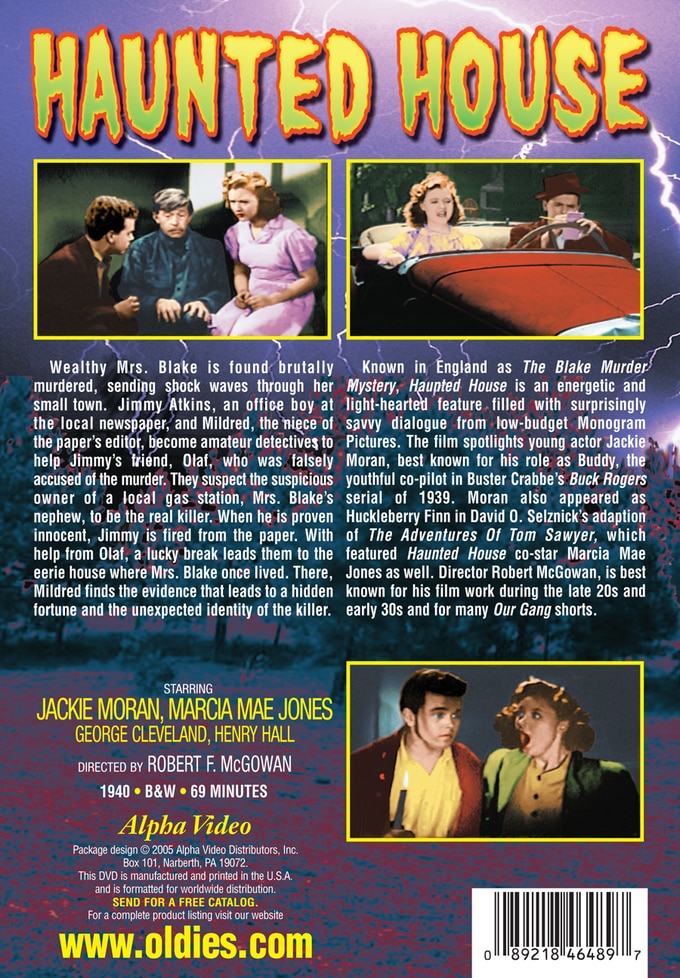 Wealthy Mrs. Blake is found brutally murdered, sending shock waves through her small town. Jimmy Atkins, an office boy at the local newspaper, and Mildred, the niece of the paper's editor, become amateur detectives to help Jimmy's friend, Olaf, who was falsely accused of the murder. They suspect the suspicious owner of a local gas station, Mrs. Blake's nephew, to be the real killer. When he is proven innocent, Jimmy is fired from the paper. With help from Olaf, a lucky break leads them to the eerie house where Mrs. Blake once lived. There, Mildred finds the evidence that leads to a hidden fortune and the unexpected identity of the killer.

Known in England as The Blake Murder Mystery, Haunted House is an energetic and light-hearted feature filled with surprisingly savvy dialogue from low-budget Monogram Pictures. The film spotlights young actor Jackie Moran, best known for his role as Buddy, the youthful co-pilot in Buster Crabbe's Buck Rogers serial of 1939. Moran also appeared as Huckleberry Finn in David O. Selznick's adaption of The Adventures Of Tom Sawyer, which featured Haunted House co-star Marcia Mae Jones as well. Director Robert McGowan, is best known for his film work during the late 20s and early 30s and for many "Our Gang" shorts.

A cub reporter and the niece of the newspaper's owner find themselves investigating a very creepy old house.

Ghosts | Suspense | Thriller | Vintage
This product is made-on-demand by the manufacturer using DVD-R recordable media. Almost all DVD players can play DVD-Rs (except for some older models made before 2000) - please consult your owner's manual for formats compatible with your player. These DVD-Rs may not play on all computers or DVD player/recorders. To address this, the manufacturer recommends viewing this product on a DVD player that does not have recording capability.

Night of the Creeps
$13.10 Super Savings
Add to Cart

Customer Rating:
Based on 154 ratings.


Story,acting,and film were OK.It was the type of story of the times that helps relax you and make you think who done it.Not bad. Fred from Austin.


The murder occurs before the movie begins. The audience doesn't get to know a lot about the victim, but we do get strong hints that the main suspect is innocent. Who could have committed the crime, then? Apprentice journalist Jimmie (Jackie Moran) and his boss's niece Millie (Marcia Mae Jones) set out to solve the case. Jimmie and Millie sort through the clues with a "gee whiz" attitude.

Moran was only 17 when this movie was filmed, but his character has the naivete of a lad a few years younger. The studio evidently intended for this to be a Saturday matin?e feature. Moran's likability helps carry the film.

Since this film is targeted to a juvenile audience, I noted ways in which this movie could supplement a history lesson for home schoolers or precocious 4th or 5th graders. For example -- Q: Why might Mrs. Blake have been wary about depositing her money in a bank? A: A memory of the bank panic which occurred a decade earlier. Q: What government program may have helped Jimmie's grandmother maintain a comfortable home? A: The Social Security program instituted by FDR during the previous decade. Q: Why didn't Jimmie have to replace his tire with the slow leak? A: His car didn't have radial tires, but old-fashioned tube tires that could keep rolling if air was replaced every few miles.


Not bad low-budget film from Monogram studios about murder in a small town and the two young people who try to figure out just who the murderer is. Good performances from Moran and Jones in the leads roles. This film has a good feeling of mystery Americana style. Not a bad way to spend an hour. Nice print!