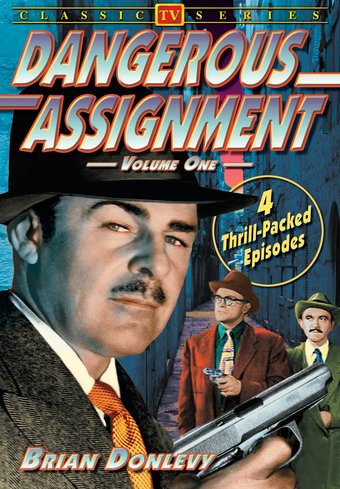 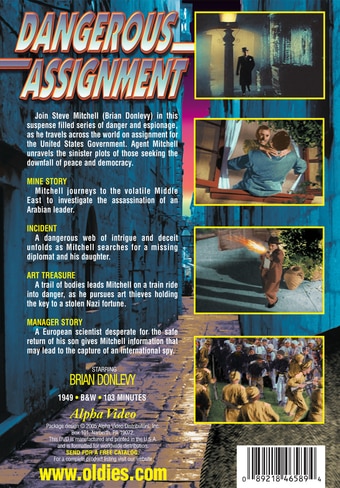 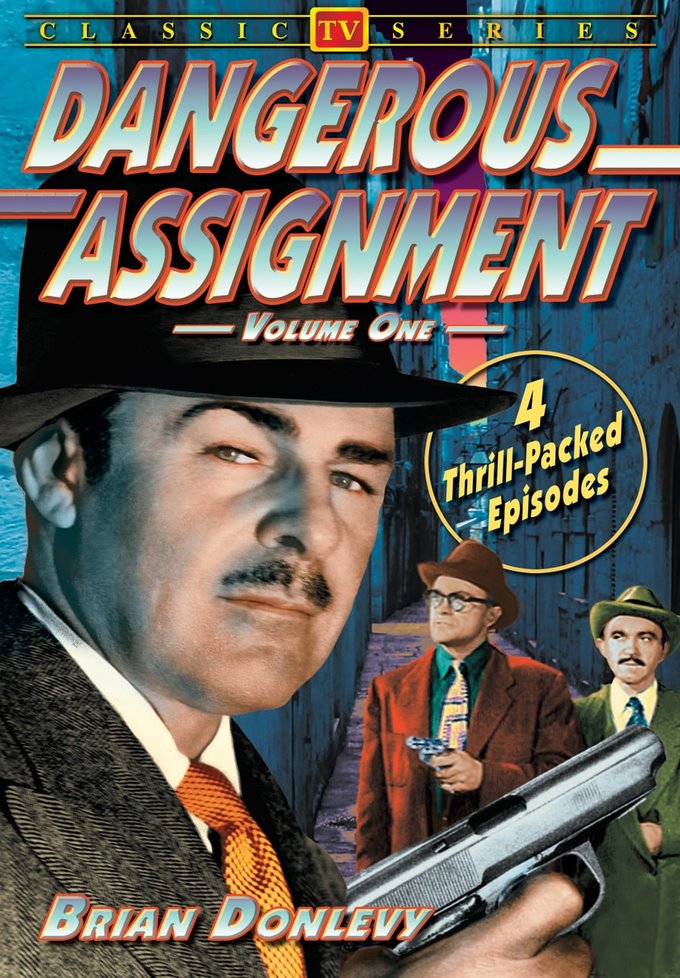 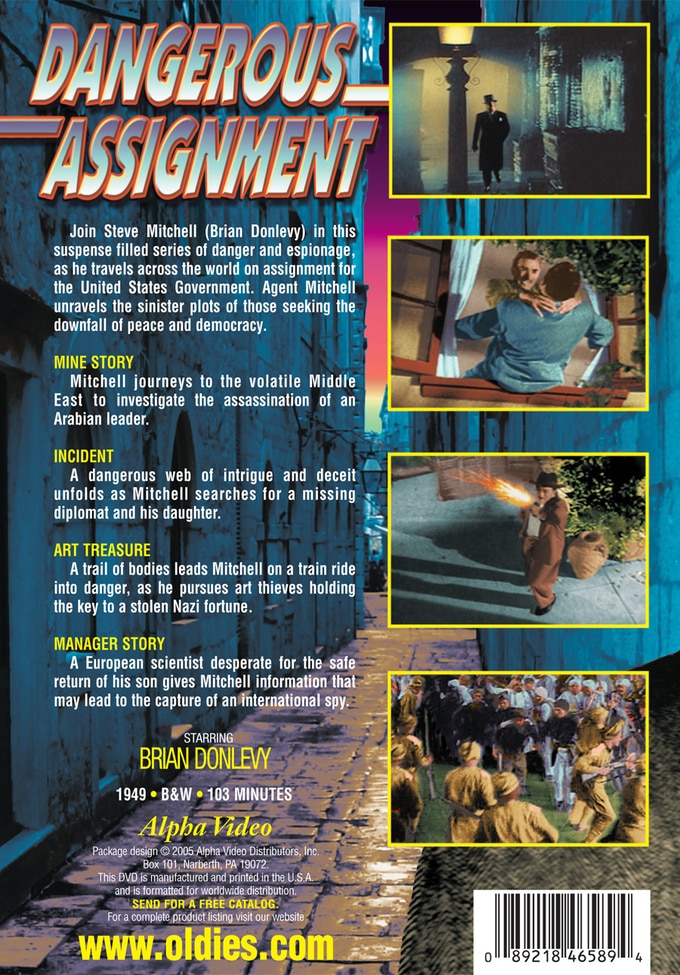 Join Steve Mitchell (Brian Donlevy) in this suspense filled series of danger and espionage, as he travels across the world on assignment for the United States Government. Agent Mitchell unravels the sinister plots of those seeking the downfall of peace and democracy.

Mine Story: Mitchell journeys to the volatile Middle East to investigate the assassination of an Arabian leader.

Incident: A dangerous web of intrigue and deceit unfolds as Mitchell searches for a missing diplomat and his daughter.

Art Treasure: A trail of bodies leads Mitchell on a train ride into danger, as he pursues art thieves holding the key to a stolen Nazi fortune.

Manager Story: A European scientist desperate for the safe return of his son gives Mitchell information that may lead to the capture of an international spy.

Action | Suspense | Thriller
This product is made-on-demand by the manufacturer using DVD-R recordable media. Almost all DVD players can play DVD-Rs (except for some older models made before 2000) - please consult your owner's manual for formats compatible with your player. These DVD-Rs may not play on all computers or DVD player/recorders. To address this, the manufacturer recommends viewing this product on a DVD player that does not have recording capability.

Customer Rating:
Based on 8 ratings.


donlevy shines in this wonderful old tv show. the stories are ok and the production values good but it is donlevy that lifts them out of the norm. recommended.