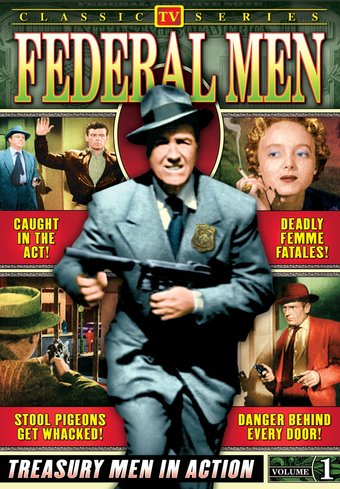 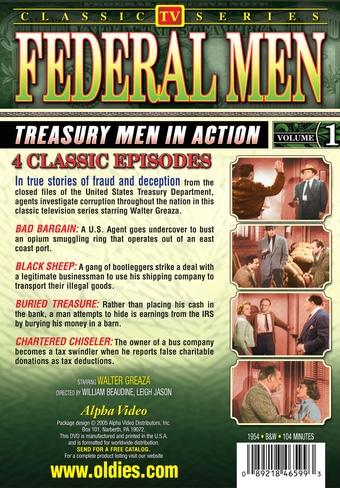 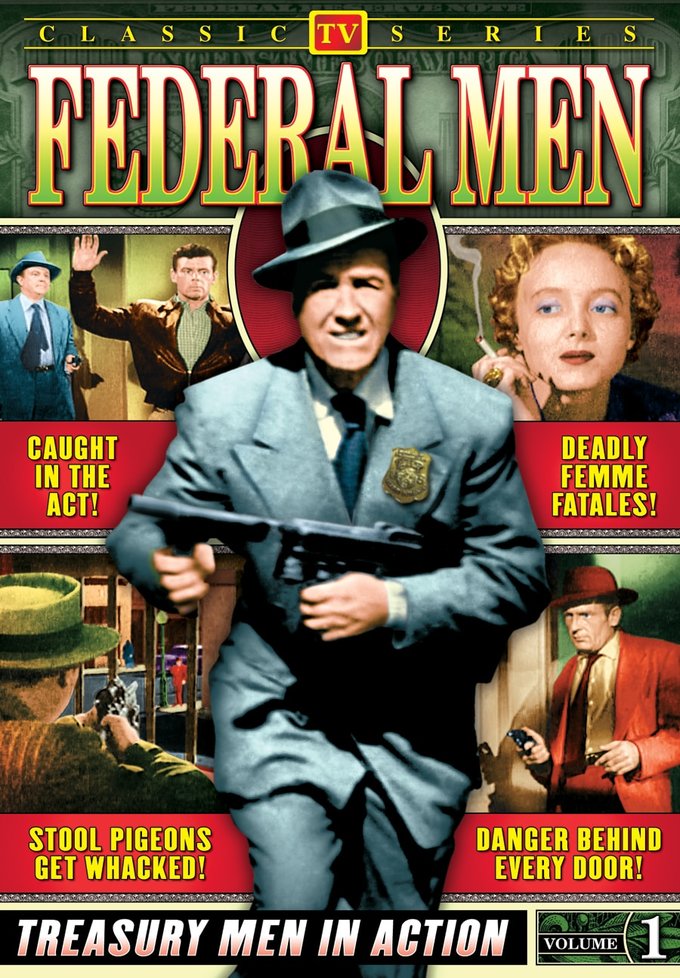 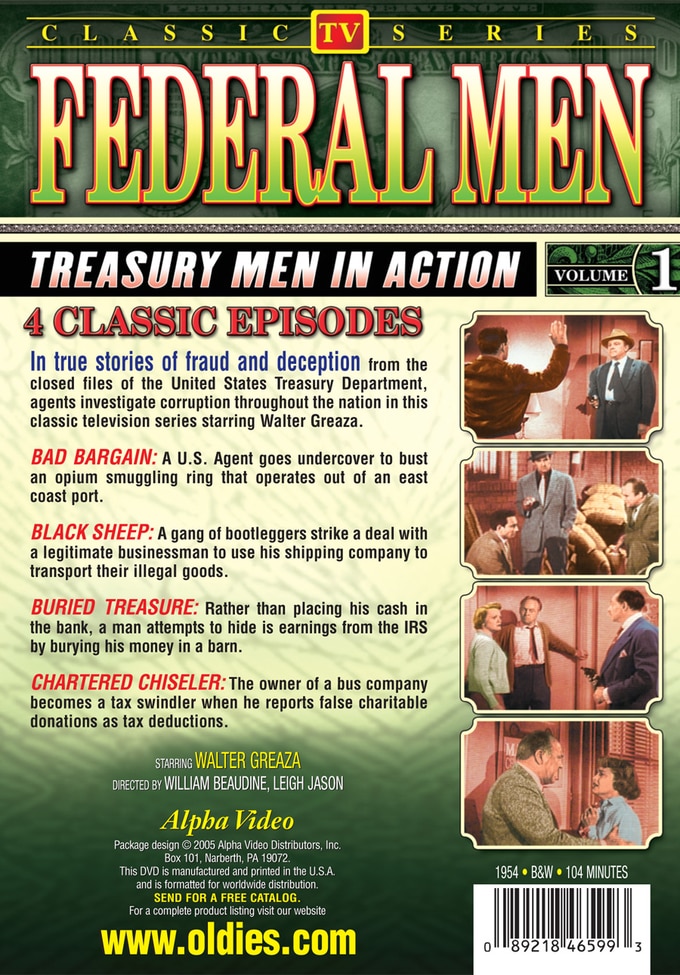 In true stories of fraud and deception from the closed files of the United States Treasury Department, agents investigate corruption throughout the nation in this classic television series starring Walter Greaza.

Bad Bargain: A U.S. Agent goes undercover to bust an opium smuggling ring that operates out of an east coast port.

Black Sheep: A gang of bootleggers strike a deal with a legitimate businessman to use his shipping company to transport their illegal goods.

Buried Treasure: Rather than placing his cash in the bank, a man attempts to hide is earnings from the IRS by burying his money in a barn.

Chartered Chiseler: The owner of a bus company becomes a tax swindler when he reports false charitable donations as tax deductions.


Well, this TV show follows the same formula as shows like Law & Order, Real Stories Of The Highway Patrol, dramatized scripts of real life archived crimes, but since this was done in the 50s, its an original!


have only seen this vol.of the series so far.the quality of the audio +video is very good,considering the age of the films.wonderful.