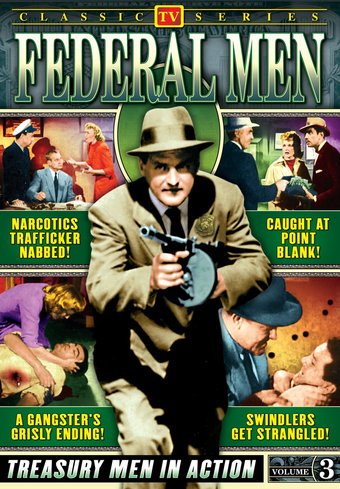 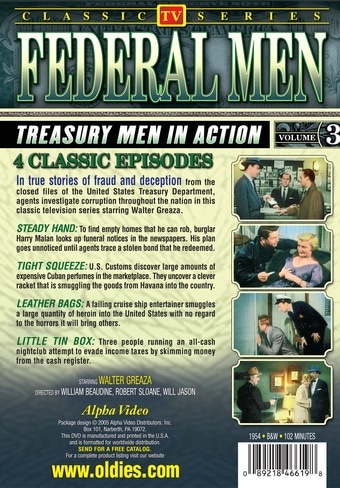 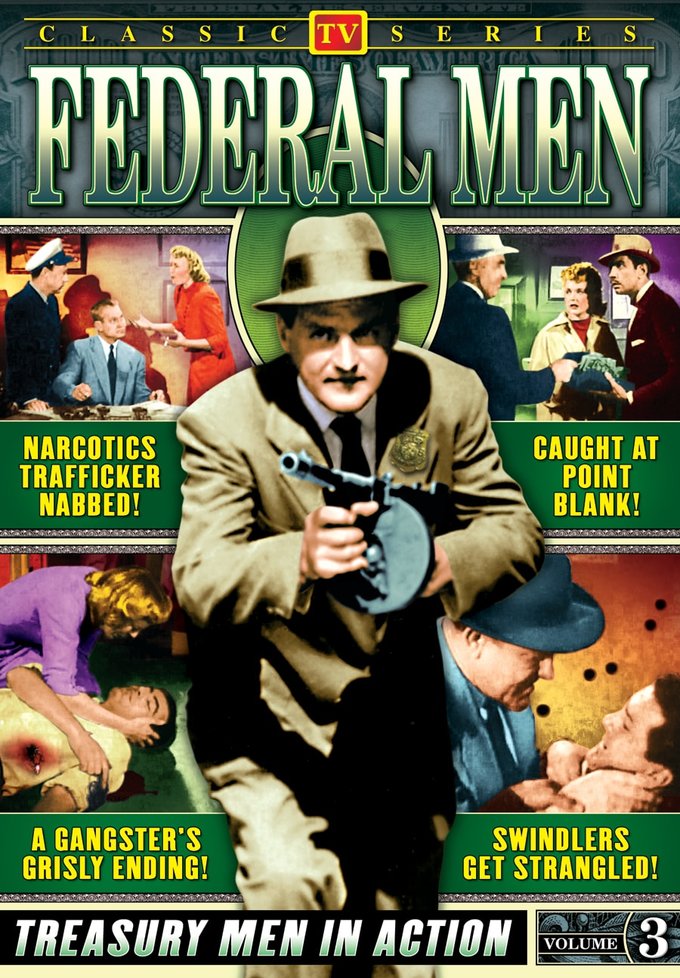 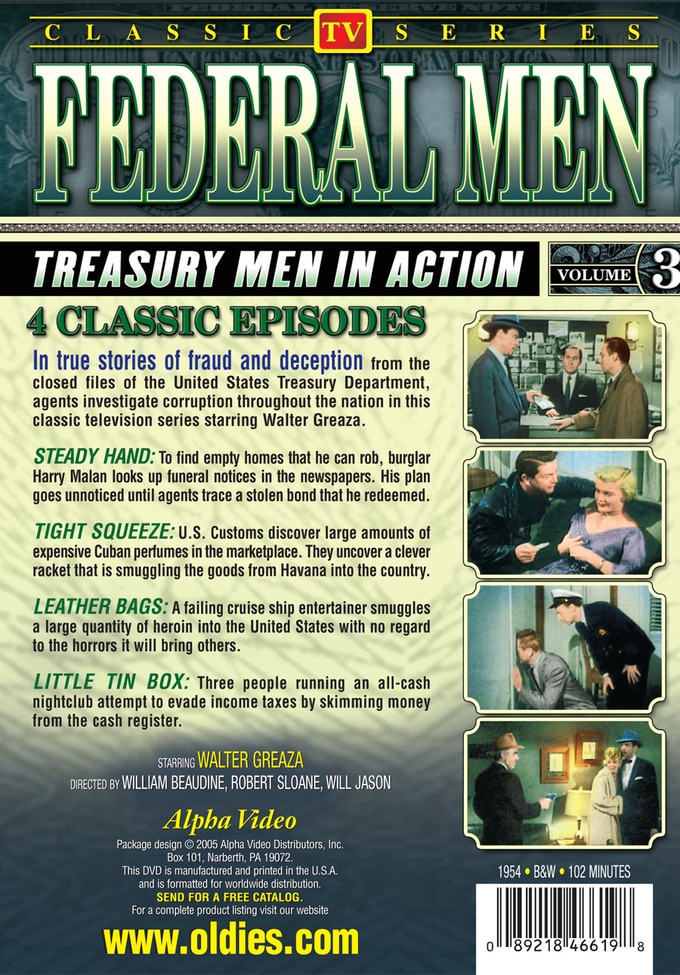 In true stories of fraud and deception from the closed files of the United States Treasury Department, agents investigate corruption throughout the nation in this classic television series starring Walter Greaza.

Steady Hand: To find empty homes that he can rob, burglar Harry Malan looks up funeral notices in the newspapers. His plan goes unnoticed until agents trace a stolen bond that he redeemed.

Tight Squeeze: U.S. Customs discover large amounts of expensive Cuban perfumes in the marketplace. They uncover a clever racket that is smuggling the goods from Havana into the country.

Leather Bags: A failing cruise ship entertainer smuggles a large quantity of heroin into the United States with no regard to the horrors it will bring others.

Fans of the action-packed FEDERAL MEN will be delighted with this third volume of episodes from the cult TV show. With the feds hotfooting it after a variety of hoodlums, the action never lets up from start to finish. All the classic noir-inflected ingredients are intact, including dealings with narcotics, gangsters, and all manner of deviant behavior!