The Shoes of the Fisherman G 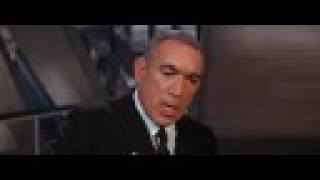 Shoes of the Fisherman, The
All eyes are focused on the Vatican, hoping to see the traditional puffs of white smoke that signal the selection of the next Pope. But this time, much more is at stake. The new pontiff may be the only person who can bring peace to a world hovering on the edge of nuclear nightmare.
Year: 1968
Director: Michael Anderson
Starring: Anthony Quinn, Oskar Werner, David Janssen, Vittorio De Sica, Leo McKern, Sir John Gielgud

Kiril Lakota, a Russian priest, has spent years languishing in a Siberian prison camp for his religious convictions. But he unexpectedly gets a reprieve when the communist government sends him to Rome to help the Vatican prevent a nuclear war. But neither the Soviet hierarchy nor the priest himself forsee that the one-time prisoner will ultimately become the new Pope.

20%off
The Cardinal
$12 Super Savings
Add to Cart

The Scarlet and the Black
$11.50 Super Savings
Add to Cart

Miracle of Our Lady of Fatima (DVD)
$17.20 Super Savings
Add to Cart