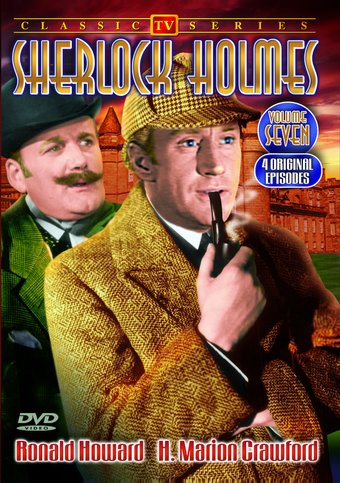 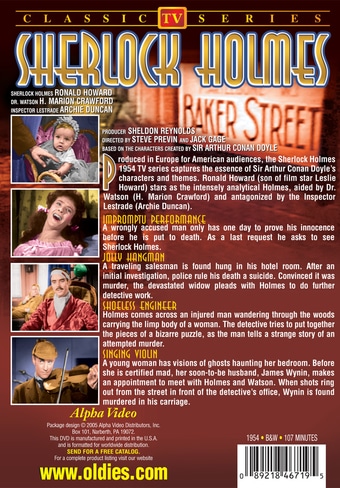 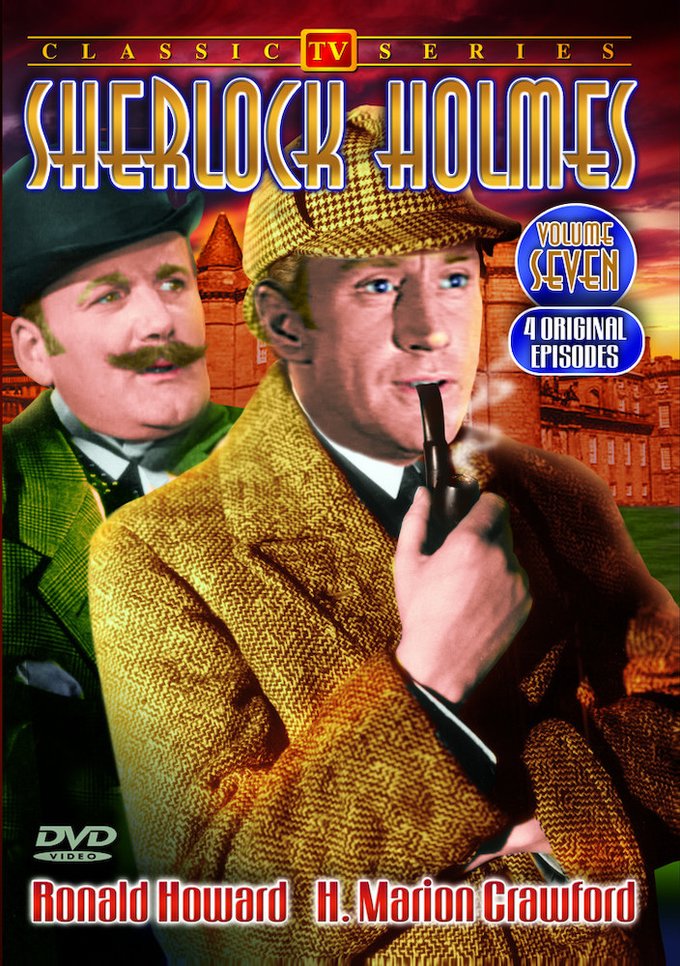 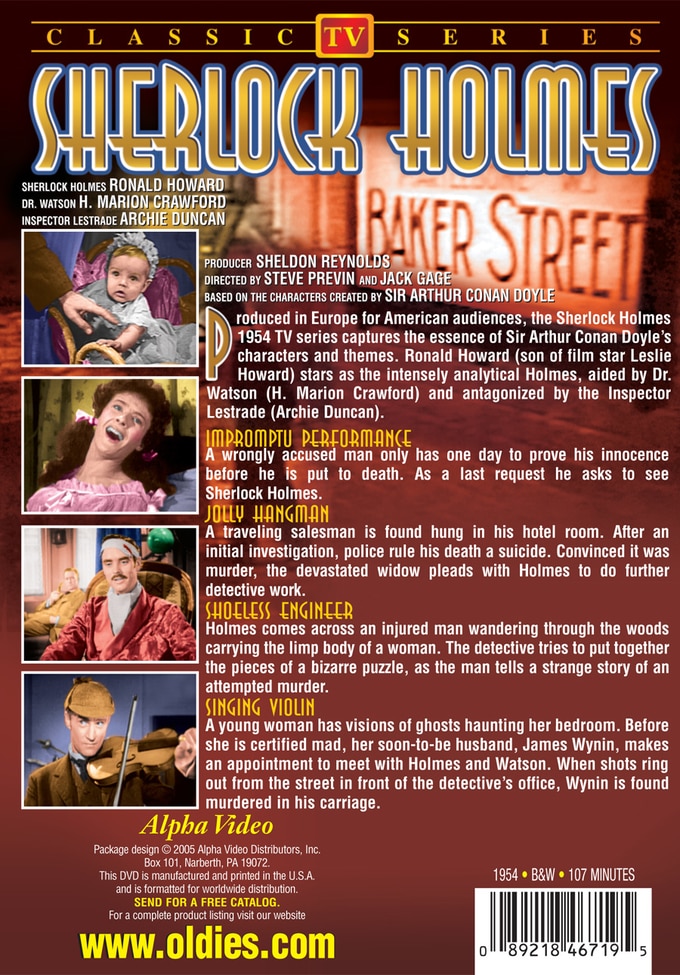 Impromptu Performance: A wrongly accused man only has one day to prove his innocence before he is put to death. As a last request he asks to see Sherlock Holmes.

Jolly Hangman: A traveling salesman is found hung in his hotel room. After an initial investigation, police rule his death a suicide. Convinced it was murder, the devastated widow pleads with Holmes to do further detective work.

Shoeless Engineer: Holmes comes across an injured man wandering through the woods carrying the limp body of a woman. The detective tries to put together the pieces of a bizarre puzzle, as the man tells a strange story of an attempted murder.

Singing Violin: A young woman has visions of ghosts haunting her bedroom. Before she is certified mad, her soon-to-be husband, James Wynin, makes an appointment to meet with Holmes and Watson. When shots ring out from the street in front of the detective's office, Wynin is found murdered in his carriage.

Ronald Howard, the similar-looking son of Leslie Howard (Ashley Wilkes in GONE WITH THE WIND), portrays Sherlock Holmes in this 1954 television series. Howard's quirkily affable and vigorous young Holmes may be closer to Doyle's original conception than any other actor's, and Howard Marion-Crawford's Dr. Watson matches the Watson of the original stories perfectly, being neither Nigel Bruce's comical bumbler nor Edward Hardwicke's near match for Holmes's intellect, but a relatively normal fellow. The mysteries scripted for the show lack much complexity, but the series manages to capture those mysterious elements that make Doyle's stories so outrageously enjoyable.

Action | British | Series | Mystery | Suspense | Thriller | Vintage
This product is made-on-demand by the manufacturer using DVD-R recordable media. Almost all DVD players can play DVD-Rs (except for some older models made before 2000) - please consult your owner's manual for formats compatible with your player. These DVD-Rs may not play on all computers or DVD player/recorders. To address this, the manufacturer recommends viewing this product on a DVD player that does not have recording capability.


These are great stories and I am so glad to heve found this series.