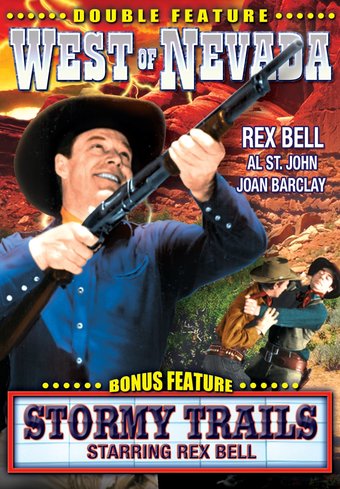 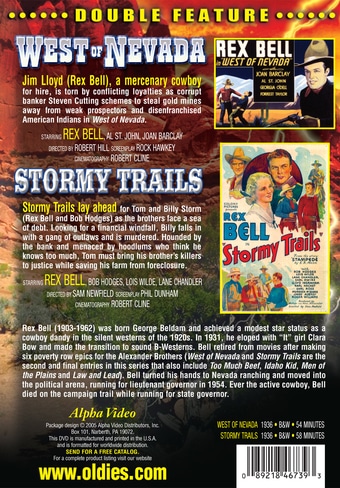 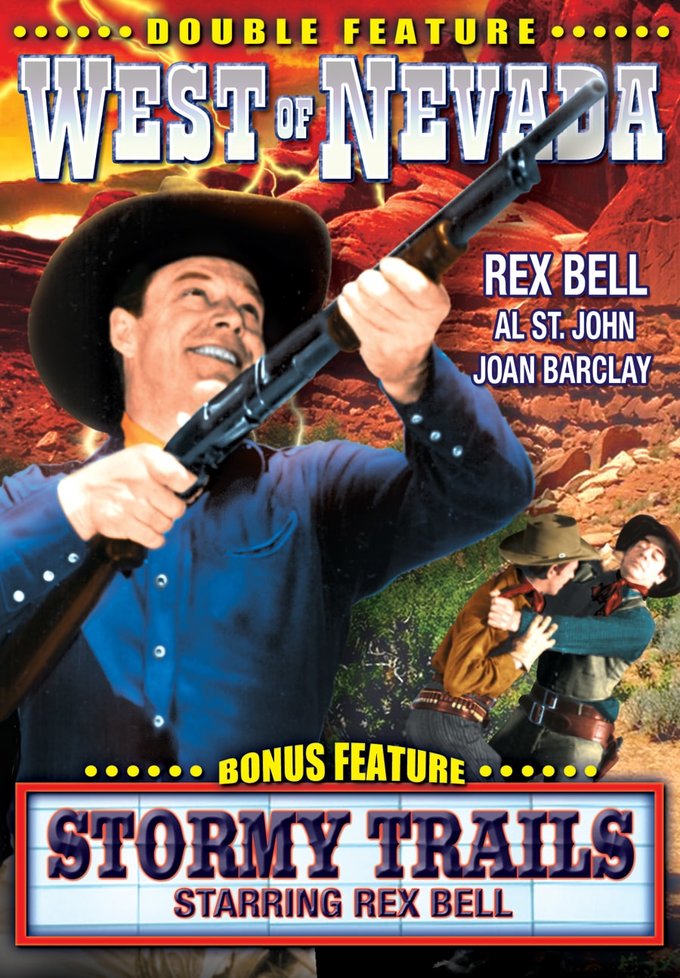 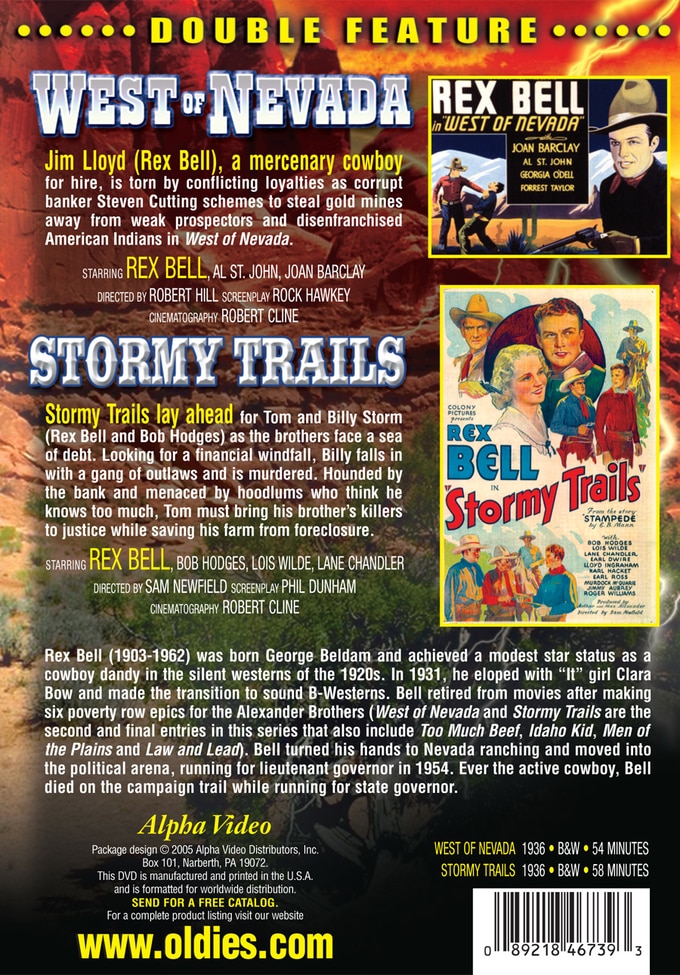 STORMY TRAILS (1936; B&W 58 minutes): Stormy Trails lay ahead for Tom and Billy Storm (Rex Bell and Bob Hodges) as the brothers face a sea of debt. Looking for a financial windfall, Billy falls in with a gang of outlaws and is murdered. Hounded by the bank and menaced by hoodlums who think he knows too much, Tom must bring his brother's killers to justice while saving his farm from foreclosure. Starring Rex Bell, Bob Hodges, Lois Wilde, Lane Chandler. Directed by Sam Newfield.

Action | Cowboys
This product is made-on-demand by the manufacturer using DVD-R recordable media. Almost all DVD players can play DVD-Rs (except for some older models made before 2000) - please consult your owner's manual for formats compatible with your player. These DVD-Rs may not play on all computers or DVD player/recorders. To address this, the manufacturer recommends viewing this product on a DVD player that does not have recording capability.