A woman keeps her past a secret in her efforts to succeed as an actress without the help of her estranged, but famous, father. 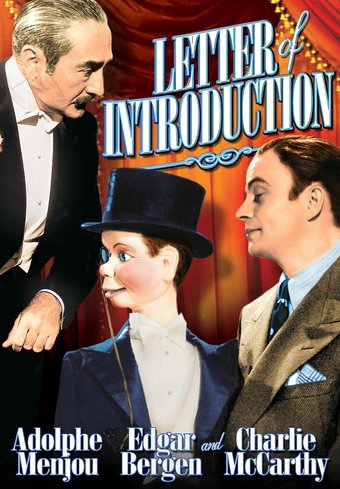 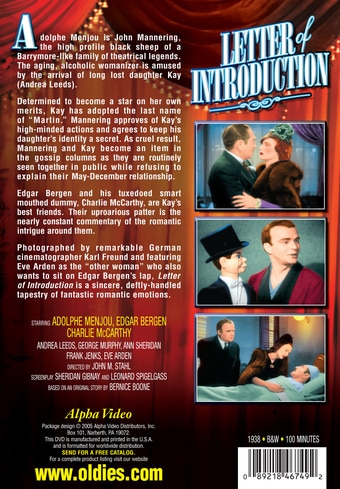 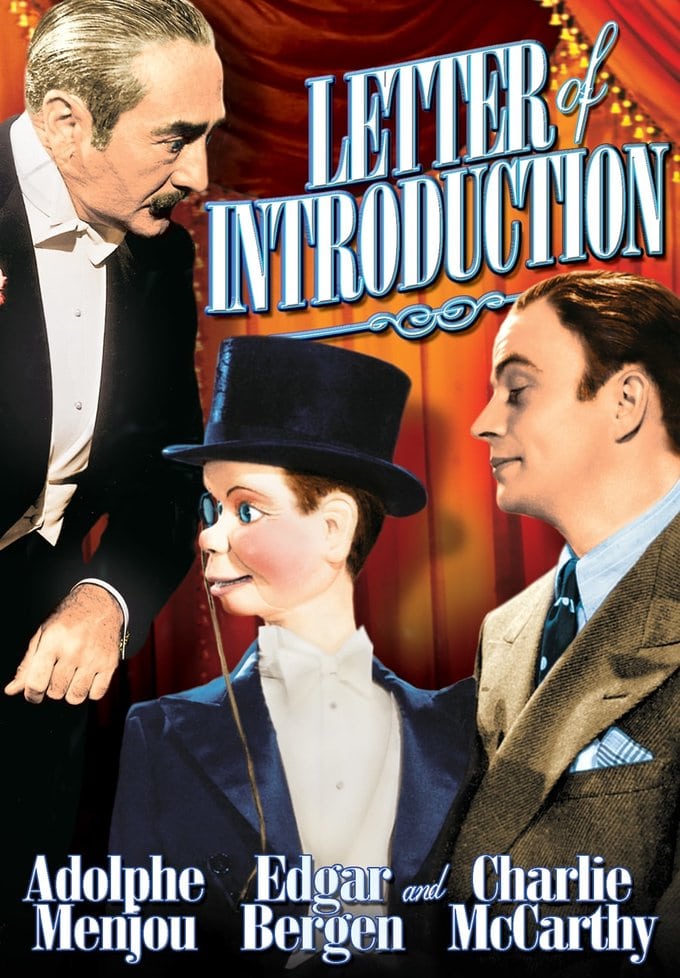 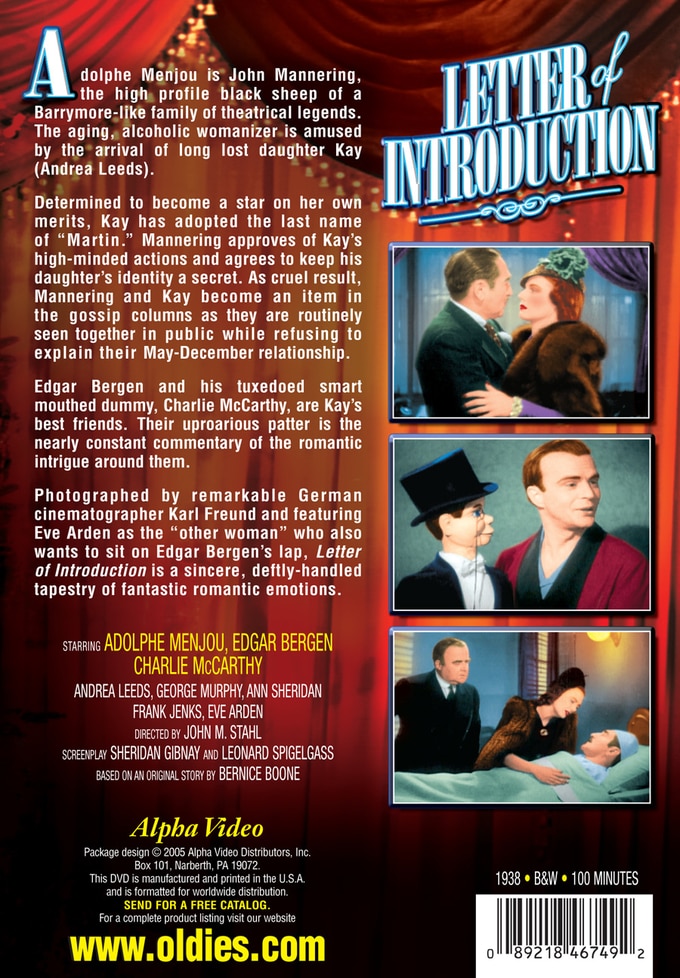 Adolphe Menjou is John Mannering, the high profile black sheep of a Barrymore-like family of theatrical legends. The aging, alcoholic womanizer is amused by the arrival of long lost daughter Kay (Andrea Leeds).

Determined to become a star on her own merits, Kay has adopted the last name of "Martin." Mannering approves of Kay's high-minded actions and agrees to keep his daughter's identity a secret. As cruel result, Mannering and Kay become an item in the gossip columns as they are routinely seen together in public while refusing to explain their May-December relationship.

Edgar Bergen and his tuxedoed smart mouthed dummy, Charlie McCarthy, are Kay's best friends. Their uproarious patter is the nearly constant commentary of the romantic intrigue around them.

Photographed by remarkable German cinematographer Karl Freund and featuring Eve Arden as the "other woman" who also wants to sit on Edgar Bergen's lap, Letter of Introduction is a sincere, deftly-handled tapestry of fantastic romantic emotions.

Comedy about an aspiring actress who attempts stardom without the help of her influential father.

Family Interaction | Vintage
This product is made-on-demand by the manufacturer using DVD-R recordable media. Almost all DVD players can play DVD-Rs (except for some older models made before 2000) - please consult your owner's manual for formats compatible with your player. These DVD-Rs may not play on all computers or DVD player/recorders. To address this, the manufacturer recommends viewing this product on a DVD player that does not have recording capability.