The Dead Hate the Living! 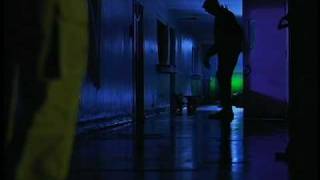 "The Dead Hate the Living" Trailer

When a renegade band of young filmmakers breaks into an abandoned hospital to make their horror epic, they stumble upon a real dead body and decide to use it in their movie. They accidentally bring it back to life, open a portal to a dead world that releases dozens of other zombies, then struggle for their lives in a desperate attempt to flee from the creatures who apparently have them hopelessly trapped in the hospital.

A group of young filmmakers, making a low-budget horror movie in an abandoned hospital, stumble upon a dead body and decide to use it in their film. To their dismay, this releases dozens of spiteful zombies from the netherworld, who trap the youngsters in the hospital with little chance of escape. Mixing tongue-in-chewed-off-cheek humor with gory effects, Parker and crew serve up a fun homage to such classic living dead movies as Romero's DAWN OF THE DEAD and Fulci's THE BEYOND.

Day of the Dead: Bloodline
$18.30 Super Savings
Add to Cart