18K ratings
Out of Print: Future availability is unknown
Notify Me When Available
Add to Wishlist
Format:  Blu-ray
sku:  35YGW
92% recommend us! 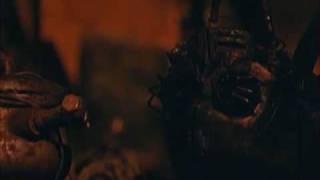 Sometime in the future, a man acquires some pieces of an android for his metal sculpting girlfriend. The android was once a machine designed to destroy humans. In the night it reassembles itself and resumes its mission in this politically pretentious film.

Violent, post-apocalyptic cult movie about Moses, a terminally ill scavenger, and Julie, his dope-smoking girlfriend. One day, while scouring the remains of civilization, Moses retrieves a collection of mysterious hardware. Unfortunately, the hardware turns out to be a robot programmed to kill human beings and it quickly takes over Julie's technology-intensive apartment.