A Fantastic Fear of Everything (Blu-ray + DVD) R 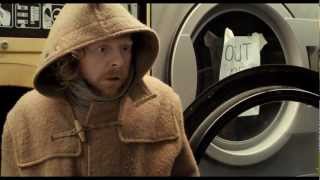 A Fantastic Fear Of Everything (Trailer)

An apprehensive crime novelist gets the opportunity of a lifetime, but finds his one shot at success hampered by his soul-crushing paranoia in this comedy starring Simon Pegg (STAR TREK, SHAUN OF THE DEAD). Jack (Pegg) used to write children's books, but lately he's begun to dabble in the dark world of crime writing. There's only one problem: the more Jack reads about Victorian-era serial killers, the more he begins to fear he will be murdered at any moment. Irrational as this fear may be, Jack attempts to keep his cool when his agent contacts him with news that an enigmatic Hollywood executive has been inquiring about his latest script. Meanwhile, in order to break out of his downward spiral, he must first contend with his fears of laundry, women, and the black cloud of dread that lingers over his head.

67%off
Hector and the Search for Happiness
$4.89 Spring Sale
Add to Cart

63%off
My Little Pony
Escape from Catrina and Other Adventures
$4.78 Spring Sale
Add to Cart