Death comes to all except those who deserve it most. 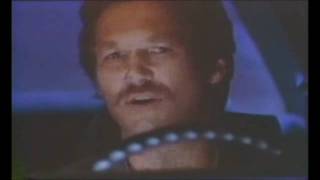 Hal Ashby's last film, taken from Lawrence Block's novel 8 MILLION WAYS TO DIE, stars Jeff Bridges as Scudder, a down-and-out alcoholic ex-cop who was dismissed from the force after a questionable shooting. He's hired by Sunny (Alexandra Paul), an expensive prostitute, to pay off her pimp, Chance (Randy Brooks), the owner of a an after hours club, so she can get out of "the life." When she's murdered while trying to leave town with a large suitcase full of cash, Scudder decides to find her killer. At the club he meets Sarah (Rosanna Arquette), another prostitute, who has a drinking problem of her own. Through her he connects Sunny to one of the club's frequent customers, Angel (Andy Garcia), a volatile, typically psychotic coke dealer who calls everybody "baby." He's been using a supermarket owned by Chance to smuggle drugs. When Angel abducts Sarah, for whom he has, to say the least, mixed feelings, Scudder must arrange a deal for her return.

The film was written by Oliver Stone with his usual obscenity-filled machismo. Bridges and Garcia's confrontational scenes have a tense undercurrent as they each try to convince the other that they don't care about a woman they both love.

An ex-cop with a drinking problem freelances on jobs other cops won't touch. When he accepts a fat fee to help a hooker get free of her pimp, he lands in the middle of a savage murder that hits a bit too close to home.