A young woman is forced to become a prostitute to save her friend from certain death. 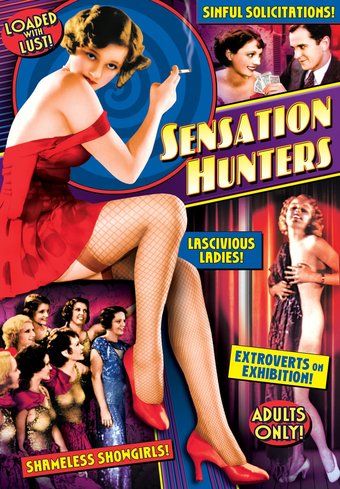 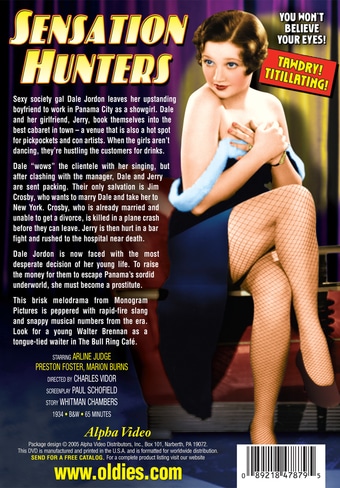 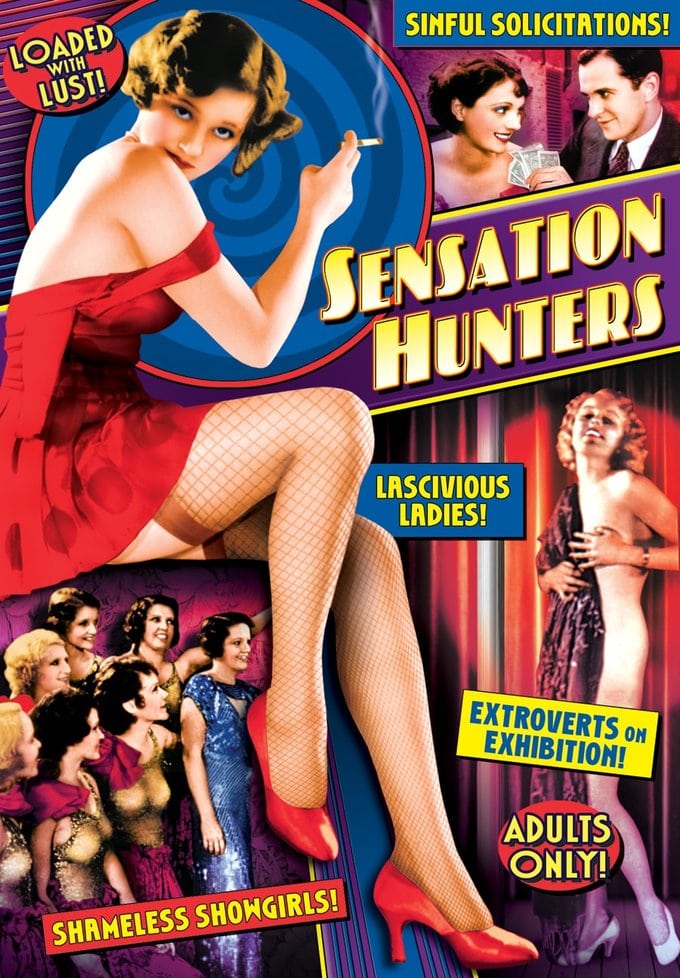 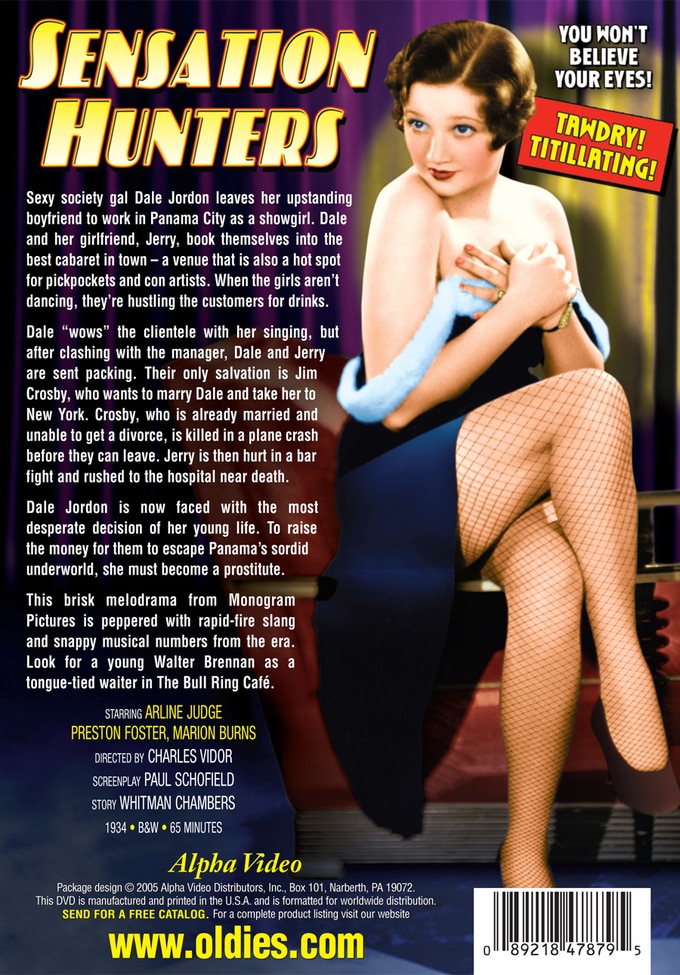 Sexy society gal Dale Jordon leaves her upstanding boyfriend to work in Panama City as a showgirl. Dale and her girlfriend, Jerry, book themselves into the best cabaret in town - a venue that is also a hot spot for pickpockets and con artists. When the girls aren't dancing, they're hustling the customers for drinks.

Dale "wows" the clientele with her singing, but after clashing with the manager, Dale and Jerry are sent packing. Their only salvation is Jim Crosby, who wants to marry Dale and take her to New York. Crosby, who is already married and unable to get a divorce, is killed in a plane crash before they can leave. Jerry is then hurt in a bar fight and rushed to the hospital near death.

Dale Jordon is now faced with the most desperate decision of her young life. To raise the money for them to escape Panama's sordid underworld, she must become a prostitute.

This brisk melodrama from Monogram Pictures is peppered with rapid-fire slang and snappy musical numbers from the era. Look for a young Walter Brennan as a tongue-tied waiter in The Bull Ring Cafe.

A talented young woman has her eyes opened when she takes a job in a burlesque show in this risque, pre-production code musical comedy.

A talented young woman has her eyes opened when she takes a job in a burlesque show in this risque, pre-production code musical comedy.

Vintage | Racy | Showbiz
This product is made-on-demand by the manufacturer using DVD-R recordable media. Almost all DVD players can play DVD-Rs (except for some older models made before 2000) - please consult your owner's manual for formats compatible with your player. These DVD-Rs may not play on all computers or DVD player/recorders. To address this, the manufacturer recommends viewing this product on a DVD player that does not have recording capability.

Customer Rating:
Based on 228 ratings.


Arline Judge always was typecast as the bad girl! This 1934 movie shows her looking considerably more shopworn than her 1931-32 RKO ventures: Are These Our Children; The Age of Consent; and Young Bride - in each film she plays the slutty teen temptress who woos high schooler Eric Linden away from his decent girlfriend (Are These Our Children) or nice librarian wife (Young Bride), and in Age of Consent it was Richard Cromwell being taken away from his virtuous co-ed girlfriend at college by Arline's cheap little waitress character. Here she is again as a tough dame, less the boyfriend-stealing femme fatale than the hard-boiled but well-meaning friend to an innocent newcomer. It was touted as an exploitation flick but real exploitation films such as Road to Ruin and Guilty Parents are much more lurid; in fact Arline Judge's previous RKO pictures are more gamey than this one, which is just a low-budget version of hard-boiled girls in a jam. Still, it was an interesting story with fine musical numbers for a film of that caliber.