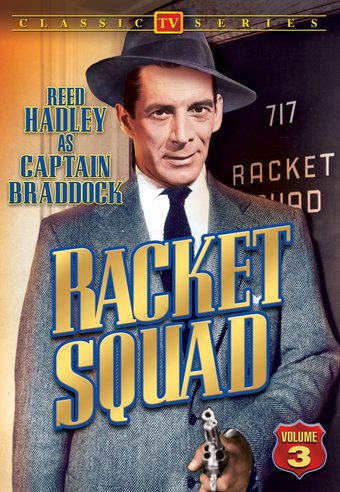 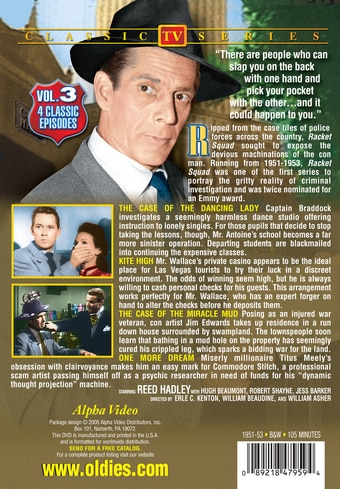 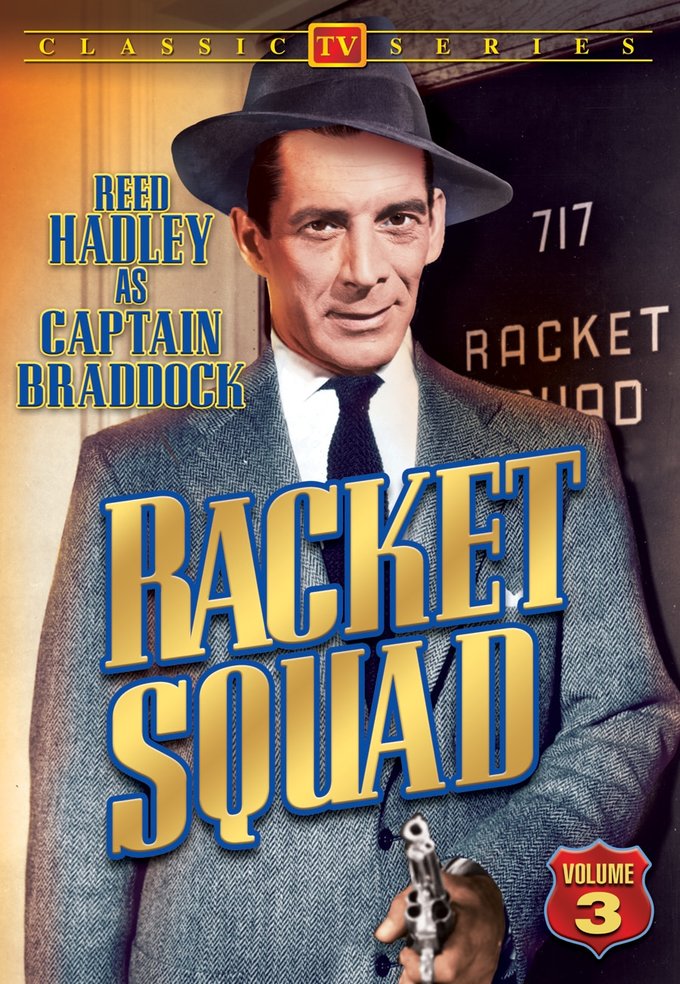 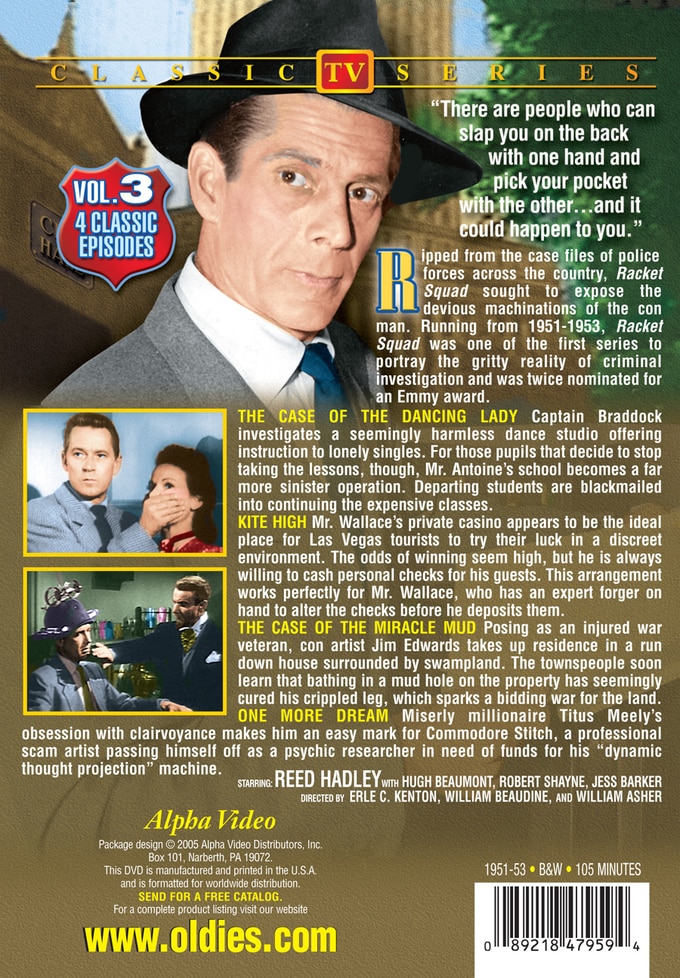 Ripped from the case files of police forces across the country, "Racket Squad" sought to expose the devious machinations of the con man. Running from 1951-1953, "Racket Squad" was one of the first series to portray the gritty reality of criminal investigation and was twice nominated for an Emmy award.

The Case of the Dancing Lady: Captain Braddock investigates a seemingly harmless dance studio offering instruction to lonely singles. For those pupils that decide to stop taking the lessons, though, Mr. Antoine's school becomes a far more sinister operation. Departing students are blackmailed into continuing the expensive classes.

Kite High: Mr. Wallace's private casino appears to be the ideal place for Las Vegas tourists to try their luck in a discreet environment. The odds of winning seem high, but he is always willing to cash personal checks for his guests. This arrangement works perfectly for Mr. Wallace, who has an expert forger on hand to alter the checks before he deposits them.

The Case of the Miracle Mud: Posing as an injured war veteran, con artist Jim Edwards takes up residence in a run down house surrounded by swampland. The townspeople soon learn that bathing in a mud hole on the property has seemingly cured his crippled leg, which sparks a bidding war for the land.

One More Dream: Miserly millionaire Titus Meely's obsession with clairvoyance makes him an easy mark for Commodore Stitch, a professional scam artist passing himself off as a psychic researcher in need of funds for his "dynamic thought projection" machine.

A TV drama based on cases culled from actual police files, RACKET SQUAD originally ran from 1951 to 1953. Four episodes from the show are collected here, and all of them tell tales of devious con men and the various police attempts to bring them to justice.