On a summer weekend in 1963, four girlfriends made memories that would last a lifetime.

11K ratings
Currently Out of Stock: We'll get more as soon as possible
Notify Me When Available
Add to Wishlist
Format:  Blu-ray
sku:  6F57A
92% recommend us! 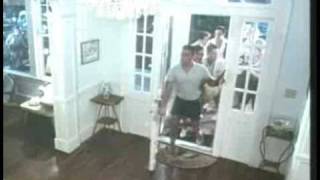 Four best friends from the American South decide on a final round of wild parties, romantic interludes and true love experiences before going their separate ways. They gather up their recently engaged girlfriend and head to Myrtle Beach to have their last hurrah, where situations of raised expectations and disappointment mark their coming of age in the summer of 1963.

The year is 1963, and let's do the shag. Four wild and crazy ladies gallop off to the beach with booze and boys for one of the lassies is to marry soon, real soon and seeds must be sown before the knot is tied. At first, it may seem a mission impossible, but love overtakes the bride to be, and, in the end, all the girlies seeds have blossomed into red roses.

26%off
Seven Minutes in Heaven
$9.60 Spring Sale
Add to Cart

The Sisterhood of the Traveling Pants (FS)
$4.19 Spring Sale
Add to Cart

The Sisterhood of the Traveling Pants
$3.18 Spring Sale
Add to Cart