Face In The Fog

A murderous hunchback known as "The Fiend" is picking-off members of a theater company one by one. 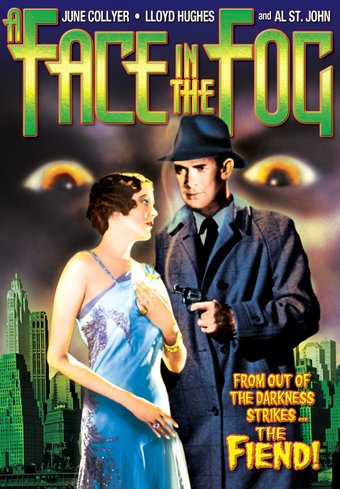 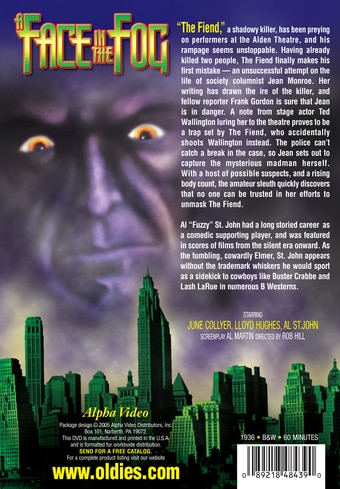 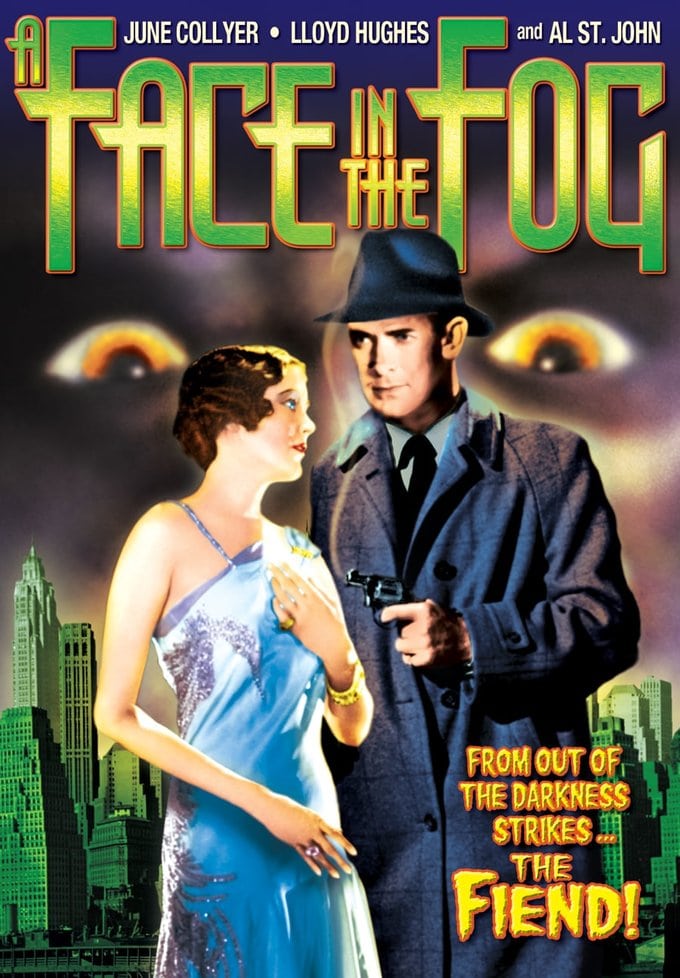 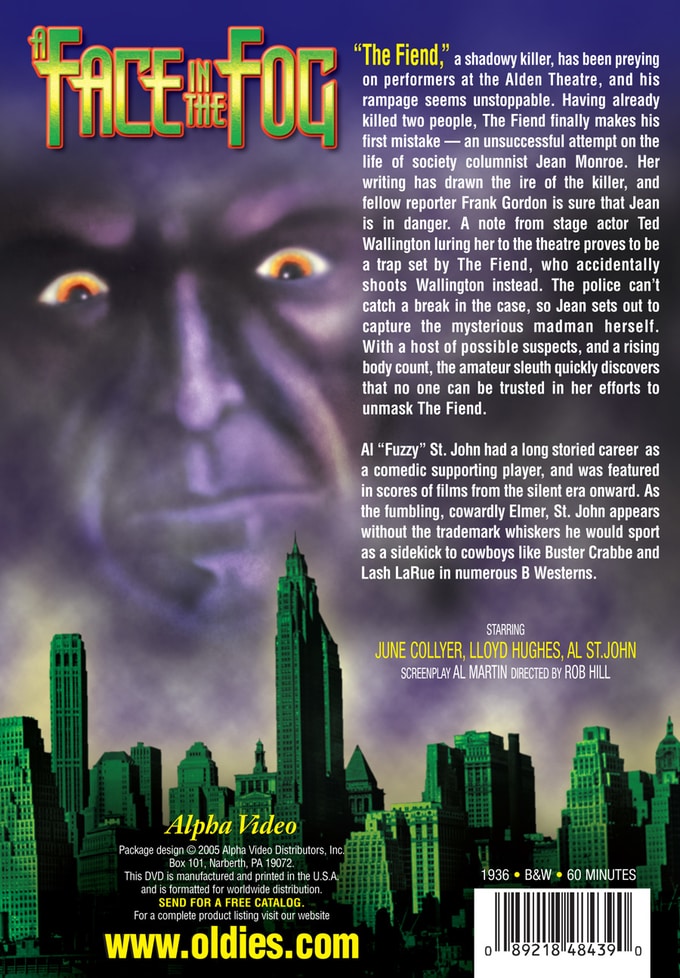 The Fiend, a shadowy killer, has been preying on performers at the Alden Theatre, and his rampage seems unstoppable. Having already killed two people, The Fiend finally makes his first mistake - an unsuccessful attempt on the life of society columnist Jean Monroe. Her writing has drawn the ire of the killer, and fellow reporter Frank Gordon is sure that Jean is in danger. A note from stage actor Ted Wallington luring her to the theatre proves to be a trap set by The Fiend, who accidentally shoots Wallington instead. The police can't catch a break in the case, so Jean sets out to capture the mysterious madman herself. With a host of possible suspects, and a rising body count, the amateur sleuth quickly discovers that no one can be trusted in her efforts tounmask The Fiend.

Al "Fuzzy" St. John had a long storied career as a comedic supporting player, and was featured in scores of films from the silent era onward. As the fumbling, cowardly Elmer, St. John appears without the trademark whiskers he would sport as a sidekick to cowboys like Buster Crabbe and Lash LaRue in numerous B Westerns.

A vintage horror cheapie about a hunchback accused of several backstage murders.

Vintage | Murder
This product is made-on-demand by the manufacturer using DVD-R recordable media. Almost all DVD players can play DVD-Rs (except for some older models made before 2000) - please consult your owner's manual for formats compatible with your player. These DVD-Rs may not play on all computers or DVD player/recorders. To address this, the manufacturer recommends viewing this product on a DVD player that does not have recording capability.

21%off
Different from the Others (Anders als die Andern)
$23.80 Super Savings
Add to Cart

Customer Rating:
Based on 32 ratings.


This reviewer has seen many a B movie but this 1936 disaster has to be one of the worst. The acting is as wooden and stiff and the story i poorly written, If anything saves the movie at all, it's the supporting comedic performance of Al St John who, in many ways, has the lead role.