8.7K ratings
Currently Out of Stock: We'll get more as soon as possible
Notify Me When Available
Add to Wishlist
Format:  VHS
sku:  VHL 430
Also released as:
Fearless Hyena for $10.90
92% recommend us! 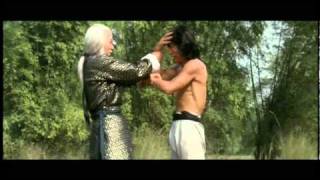 The most readily available version of this early Jackie Chan flick has been distractingly dubbed with English accents and lad slang. ("You twit!" snarls a beefy young kung fu master.) This is a film of some historic interest, however, since Chan was directing himself for the first time, going way too far in his attempt to inject humor into the genre and distance himself from the grim, ferocious example of Bruce Lee. He has only himself to blame, in other words, for the over-the-top slapstick of the martial arts training sequences--like the one that has him standing on his head, balancing a bowl of scalding hot tea in his crotch. The action scenes are all-out gag-fests in which Chan does more mugging than fighting, appearing in drag in one memorable sequence. One hapless thug even gets squashed into the ground, like a steamrollered cartoon character. --David Chute

26%off
Cleopatra Jones and the Casino of Gold
$9.60 on Sale
Add to Cart

Jackie Chan Fights Back (VHS)
99¢ on Sale
Add to Cart