NME (Magazine): 5 stars out of 5 -- "[U]ltimately it's the album's sense of humanity, not its innate clever-cleverness, that elevates it to something special." 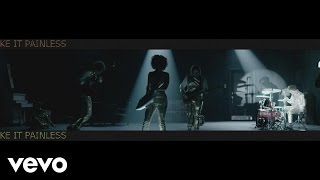 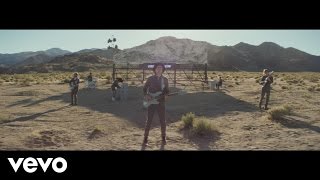 Rolling Stone
4 stars out of 5 -- "The title track evokes Abba's earworm laboratory, with dizzying melodic ascents and a curveball pygmy-flute solo by Afropop scion Patrick Bebey. 'Signs of Life' conjures Seventies disco funk with horns, hand claps, police sirens and frontman Win Butler's Bronze Age MC flow..."
Magnet
"'Electric Blue' and full-on Gary Numan dream 'Creature Comfort' are good grooves indeed, without much aspiration toward being anything greater -- which for this hopelessly grandiose band is a breath of fresh air..."
Mojo (Publisher)
3 stars out of 5 -- "Regine Chassagne's delicate, dreamy R&B outing 'Electric Blue' plays like an algorithm's love song."
NME (Magazine)
5 stars out of 5 -- "[U]ltimately it's the album's sense of humanity, not its innate clever-cleverness, that elevates it to something special."
Paste (magazine) - "[T]he album is a fascinating look at the inherent danger of technological oversaturation and the detachment that comes with it."
Clash (Magazine) - "[W]e're rewarded for our patience with the pure magic of heartbreaker 'We Don't Deserve Love'....It truly is one of the band's finest moments."

Audio Mixer: Craig Silvey.
Recording information: Boombox Studios, New Orleans, LA; Gang Recording Studio, Paris; Sonovox Studios, Montr‚al.
On their fifth album, Everything Now, Arcade Fire opted more for style over substance in their search for what's real in an ephemeral and oversaturated society. The production and sonic directions on the album sound great, provided by an enviable team that includes Daft Punk's Thomas Bangalter, Portishead's Geoff Barrow, Pulp's Steve Mackey, and longtime producer Markus Dravs. These collaborators infuse an exciting groove and danceability that the band first touched upon on Reflektor. On the bright title track, the dramatically funky "Signs of Life," and the glittering "Electric Blue," Everything Now fully embraces the disco spirit. Elsewhere, the band trades the sparkle of the disco ball for visceral throb, like on the urgent "Creature Comfort," the strutting "Good God Damn," and the hypnotizing "Put Your Money on Me," which sounds like R”yksopp remixing LCD Soundsystem. Everything Now is peppered with some interesting experiments -- like the heavy dub of "Peter Pan" and the New Orleans big-band jam of "Chemistry" -- that find Arcade Fire outside their comfort zone. A handful of these tracks are standouts and interesting additions to the band's catalog, and will no doubt stand the test of time. Overall, there is just enough on Everything Now to appease fans and attract newcomers with accessible singles. ~ Neil Z. Yeung