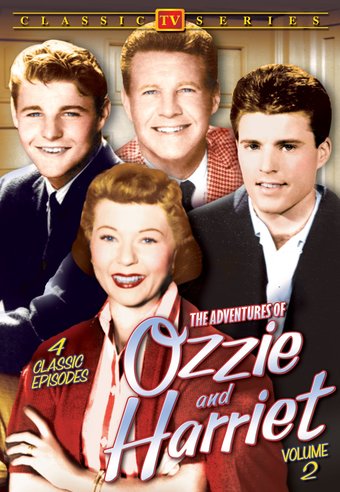 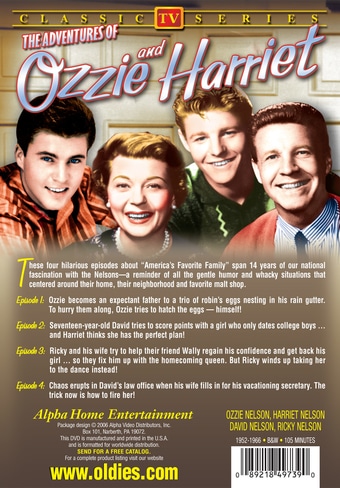 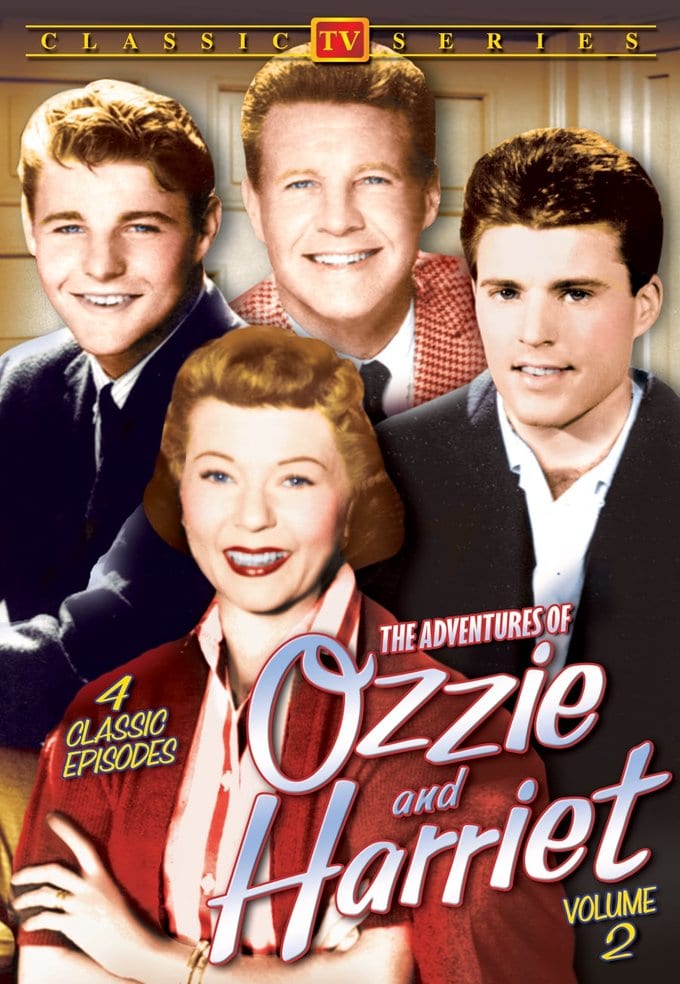 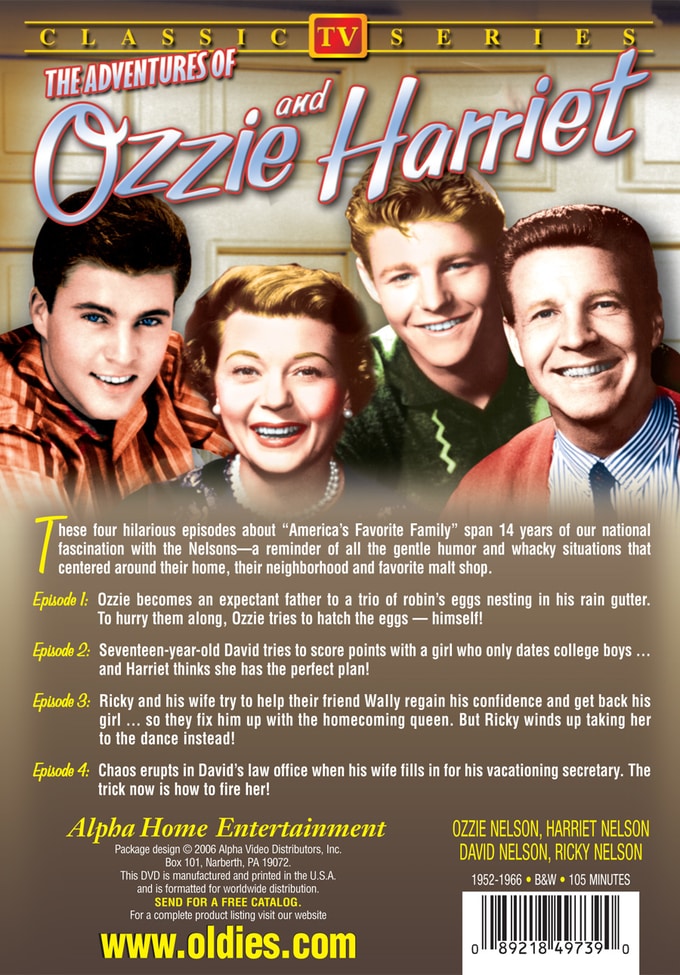 These four hilarious episodes about "America's Favorite Family" span 14 years of our national fascination with the Nelsons - a reminder of all the gentle humor and whacky situations that centered around their home, their neighborhood and favorite malt shop.

Episode 1: Ozzie becomes an expectant father to a trio of robin's eggs nesting in his rain gutter. To hurry them along, Ozzie tries to hatch the eggs - himself!

Episode 2: Seventeen-year-old David tries to score points with a girl who only dates college boys - and Harriet thinks she has the perfect plan!

Episode 3: Ricky and his wife try to help their friend Wally regain his confidence and get back his girl - so they fix him up with the homecoming queen. But Ricky winds up taking her to the dance instead!

Episode 4: Chaos erupts in David's law office when his wife fills in for his vacationing secretary. The trick now is how to fire her!

This fascinating TV show presents a family tale with a twist: the storylines are largely based on the lives of the actors involved. The show ran over an extensive period of time, and featured the sons of the family going through difficult teenage years, marrying, and taking their first steps toward their careers. This volume contains four choice episodes of the series that is often linked with 1950s Americana.

Series | Compilation | Sitcoms | Comedy Teams
This product is made-on-demand by the manufacturer using DVD-R recordable media. Almost all DVD players can play DVD-Rs (except for some older models made before 2000) - please consult your owner's manual for formats compatible with your player. These DVD-Rs may not play on all computers or DVD player/recorders. To address this, the manufacturer recommends viewing this product on a DVD player that does not have recording capability.